One of the most important investing concepts is that of "compounding returns." And a crucial aspect of compounding is time.

In essence, compounding refers to an investment return earning a further return. For example, if you invest $200 and it generates an annual return of 10%, one year later you will have earned $20. The next year, if you earn another 10%, you won't earn just another $20; you’ll earn $22. That's because the $20 you earned in the first year will earn a return too.

No big deal, you say? Let’s take a look at an example, featuring Now Ned and Later Larry.

Now Ned didn't get his name by procrastinating. He's a go-getter, especially when it comes to investing. He started investing $200 per month at age 20, kept at it for 50 years, and generated an average annual return of 7%. After 10 years, Ned had invested $24,000 (represented in the chart below in dark green). The return he earned (in light green) was $10,617. Nice, but nothing spectacular. 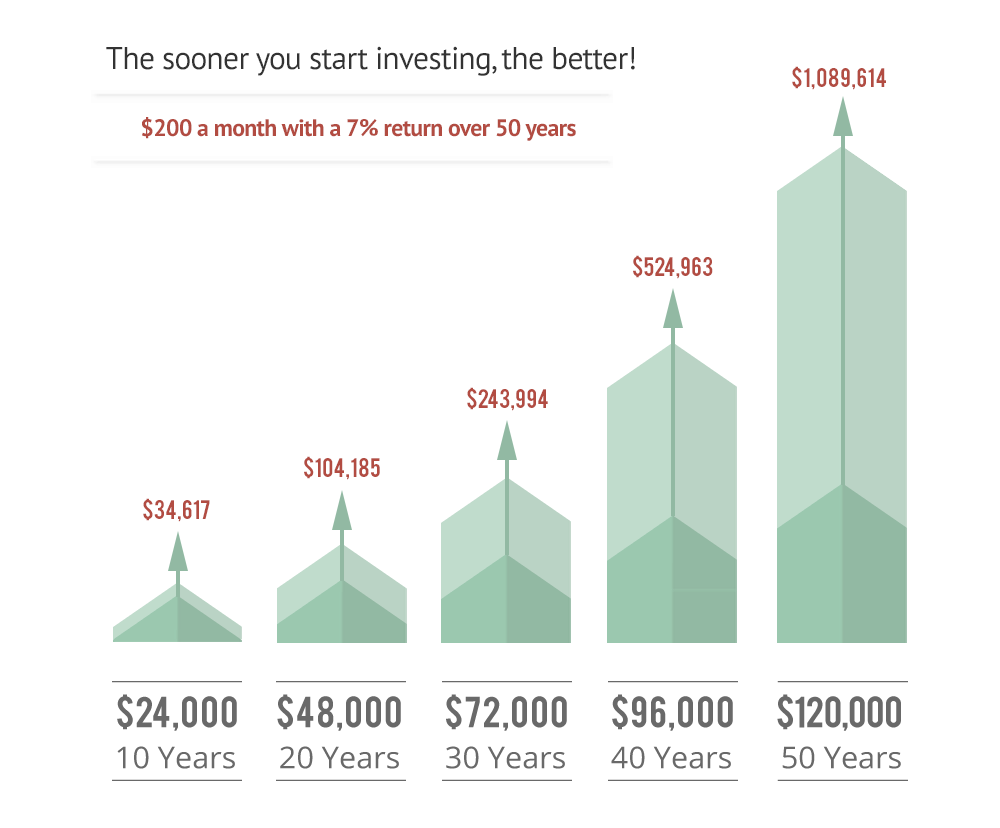 That's what happens when compounding is given time to work.

To emphasize the importance of time, look at the 40-year mark. These are the age-70 returns of Later Larry, who at age 20 had so many things he wanted to buy that he couldn't come up with any money to invest. Finally, by age 30, he decided to start investing, did so with $200 per month, and generated the same 7% average annual return as Now Ned.