5. The Future Is Uncertain

We agree with Nobel Prize-winning physicist Niels Bohr (or perhaps it was Yogi Berra) who said, "Prediction is very difficult, especially about the future."

Even if you had the ability to know exactly when the stock market was at its lowest point each year, making your annual investment contributions at those low points would make a surprisingly small difference in your long-term success.

Let's look at how two very different investors — Lucky Lou and Steady Eddy — would have fared over the course of 20 years. We'll assume each invested $3,000 annually beginning in January 1999.

Lou, a remarkable market timer, put his $3,000 into the market exactly at each year's low point. In contrast, Eddy simply put one-twelfth of his $3,000 ($250) into his investment account — no matter what the market was doing.

In other words, Lou got a surprisingly meager benefit for pulling off an unlikely (if not impossible) market-timing feat!

We suggest you tune out the market-timing noise — the constant chatter of stock market prognosticators — and stick with the plan we'll help you develop. You'll sleep better at night and your portfolio likely will perform better too. 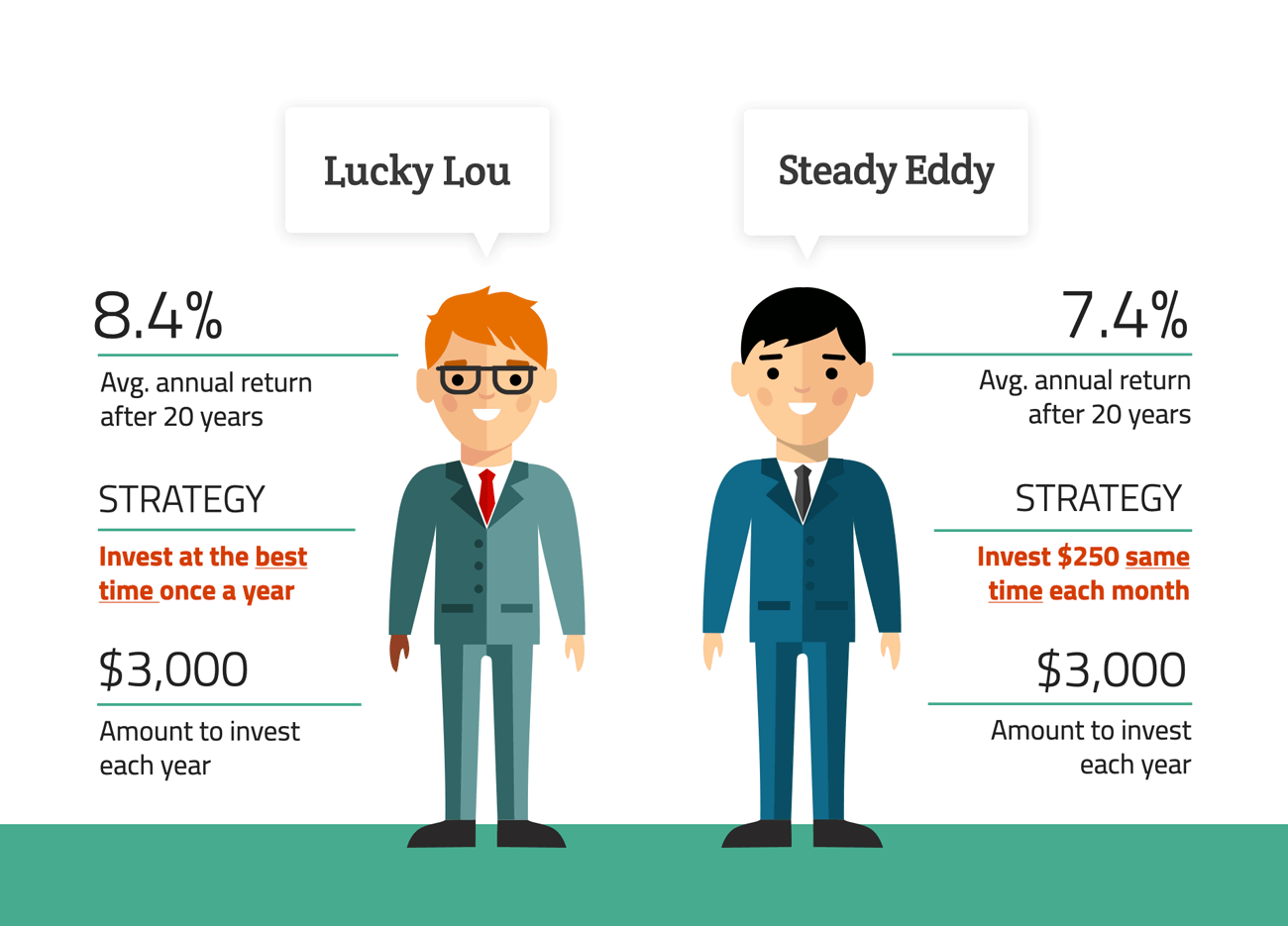