There probably are better measures of a bull market’s vulnerability than simply the number of days since the last bear market ended. We prefer to measure market valuation and assess whether a catalyst is in place that’s creating the conditions for its eventual end. And judging by all those indicators, the current bull market looks old, overvalued, and potentially ready to roll over into a bear market. That doesn’t mean it will do so imminently, just that the necessary conditions of why it could are in place.

Why investors won’t walk away

So why don’t investors recognize when a bull market is over-extended and walk away? It’s not an information issue, as the market’s record bull length, its historically high valuations, and the “catalyst” of Federal Reserve actions have all been well chronicled.

No, the reason people stay invested as risk rises late in bull-market cycles is because that’s when the stock market tends to deliver some of its best returns! Look no further than the recent performance of SMI’s most aggressive strategies. As we noted last month, over the 12 months ended June 30, Stock Upgrading was up +15.2% while Sector Rotation soared a ridiculous +46.5%!

It’s hard to walk away from that type of potential upside, especially when it’s a well-documented fact that valuation is a poor timing indicator. The past few years have reinforced what investors also saw in the late 1990s: high returns can continue long after the market’s valuation indicators start flashing warning signs.

Trying to predict when bull markets will end doesn’t work. So what can investors do instead? Here’s SMI’s approach to dealing with late-cycle bull markets:

The bottom line is that SMI’s strategies allow us to stay invested through what can be surprisingly long “late” bull market periods — harvesting those gains — while still seeing our downside reduced when bear markets hit. Long-term, we think that approach will lead to better results than trying to anticipate bear markets and reduce stock exposure beforehand. Mentally and emotionally, it’s much easier to follow the same strategies long-term: through bull markets, bear markets, and those confusing periods when we’re not sure which animal is in charge!

Investing in an Over-Extended Bull Market 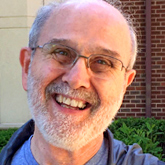