Your Best Interest: Finding Better Rates for Your Savings 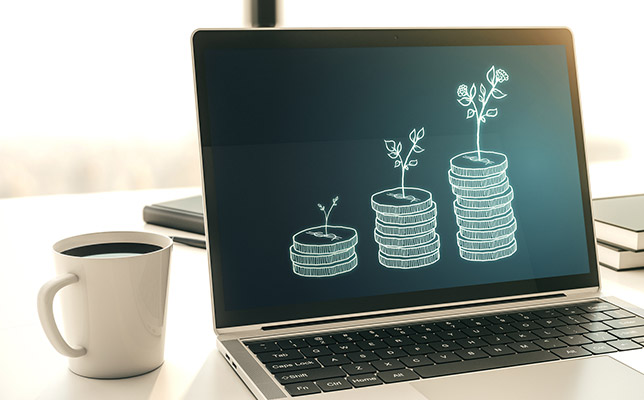 The Parable of the Talents in Matthew 25 contains an interesting detail. After commending two servants for their stewardship, the master turns to a third servant, one who did nothing with the money entrusted to him. The exasperated master notes that if the “slothful servant” had taken the simple step of depositing the money in a bank, he could have at least earned interest.

Aside from the parable’s stewardship lessons, we can glean this from the story: Earning interest on a bank deposit is a practice that goes back thousands of years. Much has changed in the banking business over 20-plus centuries, but this hasn’t: Bankers still pay a fee (i.e., interest) for using a depositor’s money. (Banks profit by lending the money at higher rates than paid to depositors.)

As the parable suggests, putting money in a bank is a play-it-safe approach to earning at least a small return on it. Unfortunately, sometimes the return is very small. During most of the years since the 2008-2009 financial crisis, banks have paid minuscule rates on savings deposits, following the lead of Federal Reserve policy that held short-term rates at artificial lows. Rates paid on savings finally began moving up five years ago, only to decline in 2019 and then plummet again to near zero when the pandemic struck (and the Fed returned to a policy of super-low rates).

With the Fed now pushing short-term rates up again, rates paid to savers are moving up too — if only a little. So far, most banks are taking baby steps toward paying high rates. According to the government’s Federal Deposit Insurance Corporation (FDIC), the national average interest rate for savings accounts in mid-July was still a tiny 0.10%.

Want to earn higher-than-average interest on your savings? You can, but that likely will require you to move your savings to an online bank. Online banks have lower costs than traditional “brick-and-mortar” banks, so they can pay better rates to savers. And you don’t have to worry about safety. Like conventional banks, America’s online banks are insured by the FDIC — up to $250,000 per depositor. (The FDIC’s standard insurance amount is “$250,000 per depositor, per insured bank, for each account ownership category.”)