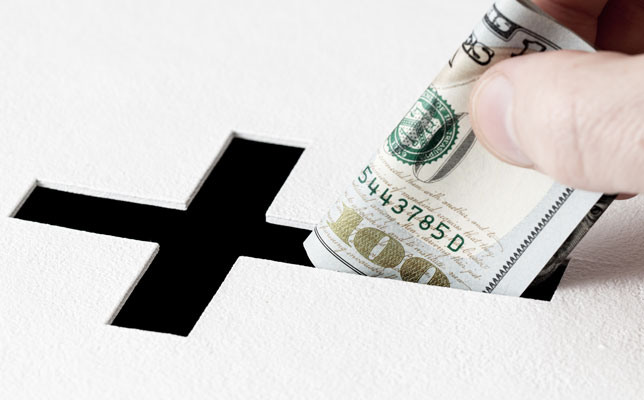 Where can you get such rates? Possibly through a “church extension fund.”

What is a CEF?

The Lutheran Church–Missouri Synod (LCMS) traces its history with the church extension fund concept back to 1902 when several congregations pooled $400 to help Zion Lutheran Church in Bridgeport, Conn., build a school.

That’s the essence of the CEF idea — members of a particular denomination (individuals and churches) pool their resources to help “extend” their denomination’s reach and impact by funding the building or improvement of churches, schools, universities, or seminaries affiliated with the denomination.

The Disciples Church Extension Fund, which is affiliated with the Disciples of Christ denomination, dates even farther back, to 1883.

For individuals who are part of denominations that offer CEFs, the value proposition is two-fold: They get competitive interest rates on their savings — sometimes even better rates — when compared to rates available at banks or credit unions, plus they gain the satisfaction of knowing their money is being used to further the work of their particular denomination.

For borrowers affiliated with the denomination, such as churches or schools, they may gain easier access to capital and at more favorable rates than are available through conventional lenders.

Without a central source of information about church extension funds, it’s difficult to determine how many such funds exist. However, using “church extension fund” as an Internet search term leads to quite a few funds offered by denominations, including the United Methodist Church, the Evangelical Lutheran Church of America, the Presbyterian Church USA, the American Baptist Church, the United Church of Christ, the Assemblies of God, and others.

Today, according to its website, the Lutheran Church Extension Fund (LCEF) supports more than 200 ministries with the help of some 60,000 investors who have invested $1.7 billion. The Solomon Foundation, an extension fund that serves churches that trace their heritage to the “Restoration Movement” (i.e., Christian Churches and Churches of Christ), has over 5,000 investors and more than $550,000 million under management.

Typically on CEF account applications, prospective investors are asked to list the name of their home church. However, an LCEF representative said an investor doesn’t have to attend a Lutheran Church to open an account at the LCEF; the investor simply needs to be aware of the fund’s purpose. Other CEFs may — or may not — share that stance.

What savings accounts are available?

Most CEFs offer accounts similar to money-market accounts. The interest rate is higher than for a traditional savings account and savers can access their funds at any time. CEFs also offer accounts that are similar to CDs — i.e., the investor chooses a time frame and higher rates of interest are paid on longer-term notes.

The table below shows rates currently offered by several CEFs, as compared to the best nationally advertised rates.

What happens with the money?

Most church extension funds provide mortgage and construction loans and lines of credit for the building, improvement, or expansion of denominational churches, schools, universities, and seminaries. The LCEF also provides residential mortgages and home-equity loans to LCMS “Rostered Church Workers” — in essence, people who work full-time for denominational organizations.

Some CEFs, such as the LCEF and the Solomon Foundation, also offer consulting services on building design, budgeting, architect and general contractor selection, and construction.

Before opening an account with a CEF, a prospective investor is encouraged to read the fund’s “circular offering” that contains all the fine print, including details of the risks involved in putting money on deposit with the fund. Key among the risks is that money held in a church extension fund account is not insured.

In addition, the typical circular points out that interest and principal payments on all notes “are made primarily from the amounts received from the principal and interest payments on its outstanding loans.” Those loans are made to “unique borrowers,” such as churches, who are subject to “eligibility and approval criteria [that] may be more flexible than might be applied by a typical lending institution.” Further, the ability of these borrowers to repay their loans “will generally depend upon the amount of contributions it receives from its members” and those contributions tend to fluctuate with the economy.

Should you use a CEF?

Church extension funds aren’t for everyone. They are intended for members of specific denominations, and every CEF is not necessarily available in every state. Anyone considering putting money on deposit with a CEF must weigh the benefits of knowing their money is being used for Kingdom-expanding purposes against the risk of knowing the money is not insured. 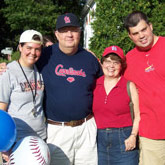