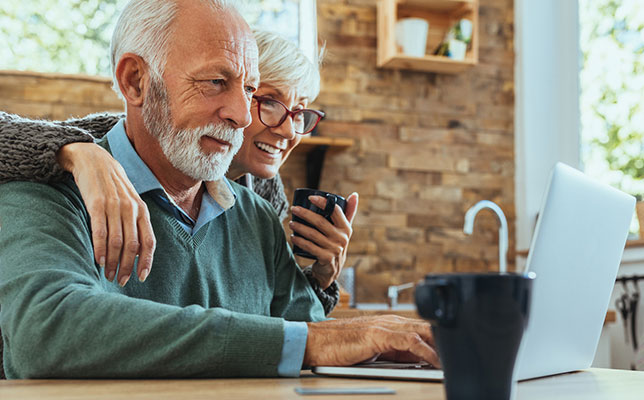 In 2006, SMI introduced an easy way to implement Upgrading within an employer-sponsored 401(k) — or a similar company retirement plan — even if that plan offered relatively few investment choices. This month we revisit that research. We offer some new thoughts, both regarding whether trying to Upgrade within a limited-choices plan is a good idea generally, as well as how to tweak the specific implementation to make it work more effectively.

SMI’s Upgrading strategy normally involves selecting from more than 1,000 stock funds spread across five asset classes (or risk categories). But if your 401(k) plan offers only a small number of funds, you probably won’t have a strong-performing fund available to you in each of the five categories. That’s why SMI created the alternate approach to Upgrading discussed here.

Before getting into the details, we need to stress that this approach involves a trade-off. Using it means giving up the relative stability of diversifying across all five of the major stock-risk categories as SMI normally recommends. What you gain is the freedom to select the best-performing funds in your plan, regardless of risk category.

This trade-off has meant that — depending on which specific funds are offered in your 401(k) — you could end up having all your money invested in just one or two of the risk categories (for example, in small-cap growth funds). Concentrating investments in this way increases risk, so it’s important for those using this approach to check their fund holdings each month and follow the selling rules faithfully. If you’re heavily invested in an asset class that begins to fall, SMI’s momentum-based system will move you to funds that are doing better. But “user error” can undermine even theoretically sound systems. Your selling discipline is your life preserver. Use it!

To determine the best approach to Upgrading with a limited number of funds, we created a hypothetical example using the stock funds at a single fund organization: Fidelity. The new research that follows assumes an investor had a 401(k) account with access to all of Fidelity’s actively managed stock funds.

With the benefit of 20 years worth of live Upgrading data now, we’re recommending a significant change to the process we’ve outlined before: we’re eliminating the Foreign funds from the Upgrading pool (for those using this alternate approach only—not for regular Upgrading).

The reason isn’t that Foreign funds have dramatically lagged U.S. funds over the past decade, though that is true. The real problem with including Foreign funds — at least in this Fidelity universe of options — is the volatility of the foreign funds. In our testing, the Foreign funds frequently race to the front of the pack, only to quickly fall back again. This hurts performance and creates frustrating whipsaws. Also, some company retirement plans are fairly strict when it comes to making frequent fund changes, so reducing the overall amount of trading benefits the system overall.

So our new recommendation is for most members to eliminate Foreign funds from the fund universe when using this limited-choices approach to Upgrading. (Given that each real-world plan varies in terms of available fund options, you may wish to still include Foreign funds providing they are broad-based, relatively stable options. You can always pull them out if you notice this higher volatility aspect in your actual trading experience.)

Here are the ground rules we used in making our buy/sell decisions: 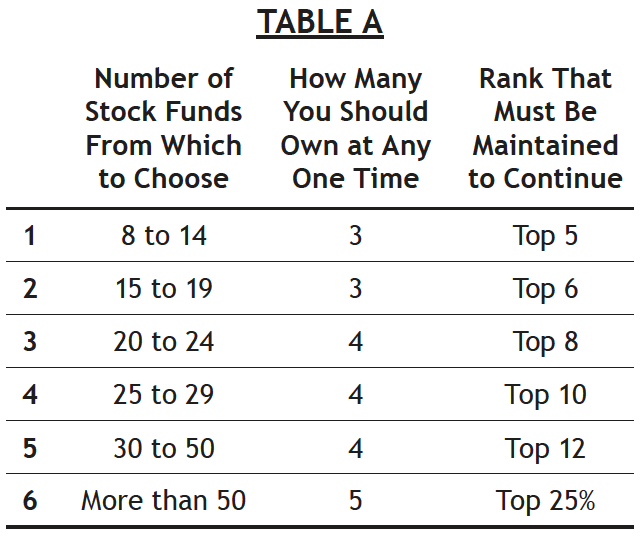 When SMI rolled out this limited-choices approach 14 years ago, Upgrading was in the midst of a period of performance dominance relative to indexing. Over the 1999-2009 decade, Upgrading gained +85.0% while the U.S. Market lost -1.7%. This stunning performance gap is what prompted us to figure out an effective way to Upgrade within company retirement plans.

SMI members participate in thousands of 401(k) plans with differing lists of funds from which to choose. So, it’s impossible to generalize with confidence concerning the results you might expect when applying this research to your specific plan. But the results of using this approach with access to all of Fidelity’s funds are shown in Table B.

A quick review of these returns reveals that, much like the comparison of “normal” Upgrading to the market, this approach would have produced exceptional results from 2000-2010, but lagging results over the past decade. The two summary rows at the bottom of the table highlight this disparity: the Upgrading approach won over the entire 20-year period, but lagged slightly over the past 10 years.

One significant difference from when this approach was introduced 14 years ago is today virtually all 401(k) plans offer a broad assortment of low-cost index funds. That wasn’t always the case 10-15 years ago, when employees might have found an S&P 500 fund as the only indexed option. This means that today it’s usually possible to create a diversified, Just-the-Basics type indexed portfolio within most company retirement plans.

Given that JtB-like indexed portfolios require little attention, that opens the door to splitting your company retirement-plan investing between indexing and Upgrading (using this alternate approach), without creating additional work. While we expect active management to have its day again at some point, this is an easy way to diversify the risk of choosing wrong when considering the “active vs. passive” question. If desired, both the alternate Upgrading approach described here and an indexed portfolio can apply the “Upgrading 2.0” defensive protocols to reduce downside risk. (See Applying Upgrading 2.0 Signals to JtB or 401(k) Indexed Portfolios for more on how to translate these signals to an indexed portfolio.)

The recent run of outperformance by index funds relative to Upgrading is something we are watching closely. Only time will tell if that relationship reverts (and Upgrading reasserts itself) or not. But to whatever extent an individual desires to apply Upgrading within a 401(k) or other company retirement plan, this research indicates it can be done successfully — even within a plan offering a limited number of fund choices.