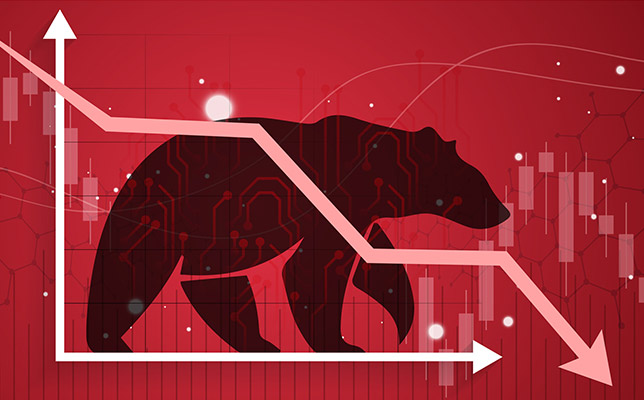 You have to envy investors who somehow ignored all the market news beginning on Jan. 1, 2020, and didn’t check in again until Dec. 31. In their eyes, the market had a great year, generating a tidy gain of more than +18%. They would have completely missed the breathtaking –34% plunge from mid-February to mid-March.

Of course, most investors can’t help but hear how the market is doing. News comes at us from all angles, and when the market isn’t doing well, that news inflicts two types of pain on investors. First, there’s the obvious pain of loss. As we have highlighted many times over the years, it’s human nature to feel the pain of loss much more acutely than the pleasure of a comparable gain. Never mind that investors haven’t actually “lost” money unless they sold when their investment was down. Tallying the “paper losses” as your portfolio declines in value can be an unpleasant experience.

The other pain associated with bear markets is the emotional fatigue created by the numerous short-term rallies that mark the typical bear’s longer-term slide. The chart below highlights six bear market rallies during the Great Financial Crisis of late 2007 to early 2009. During the market’s long downward journey of more than –50%, these bear market bounces generated soon-to-evaporate gains ranging from +8% to over +27%.

Each time there was a bounce, investors hoped the worst was over. Some probably were eager to capitalize on the “great buying opportunity” at what appeared to be the start of the next bull market, intent on making up lost ground.

Feeling such hope after experiencing such pain, only to have that hope repeatedly dashed by the next leg down, adds insult to injury. Indeed, “Hope deferred makes the heart sick” (Proverbs 13:12). 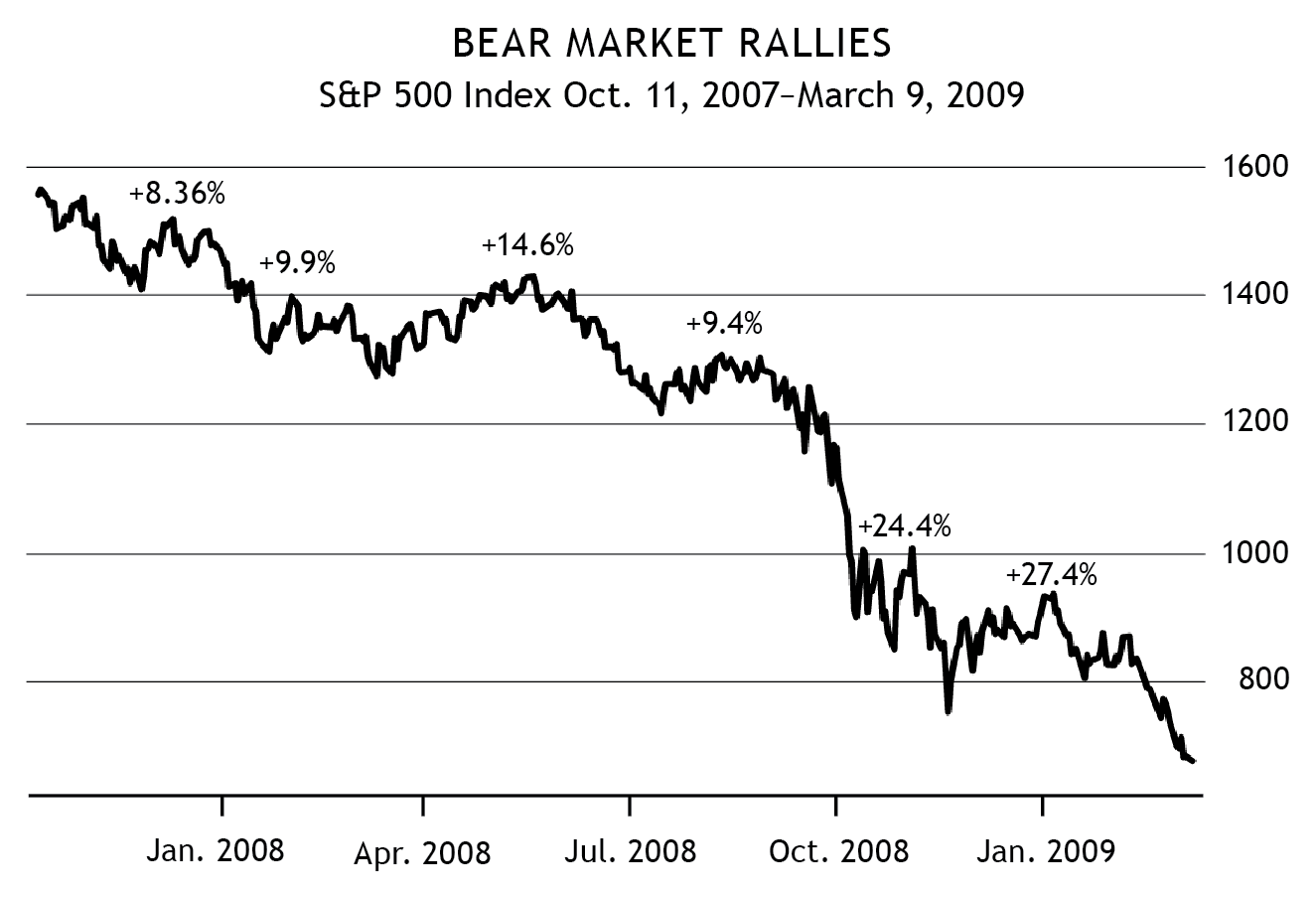 What’s an investor to do, especially as we are now in the throes of this current bear market?

Second, don’t stress over recognizing the market’s final bottom in an effort to perfectly time the start of the next bull. Remember, SMI’s approach relies on a rules-based system to determine when a rally is likely to be sustained.

As Mark illustrated in his article, How SMI’s Process Helps Investors Buy Low and Sell High, our momentum signals don’t attempt to identify the ultimate pivot in market trend from bear to bull at the moment it occurs. Instead, SMI’s process is designed to act only once the new bullish trend has had time to establish itself. That’s plenty early enough to capture most of the new bull market’s upward climb, while helping us avoid getting sucked prematurely into these painful bear market rallies.

Yes, bear markets are a grind. But you know what to do. Stay patient and keep following the system — it’s watching the market closely so you don’t have to.

Drawdowns – They’re a Drag, But a Fact of Life