Home > Articles >What’s Not to Like? As Commissions Drop to Zero, Already Low-Cost ETFs Become Even More Attractive

What’s Not to Like? As Commissions Drop to Zero, Already Low-Cost ETFs Become Even More Attractive 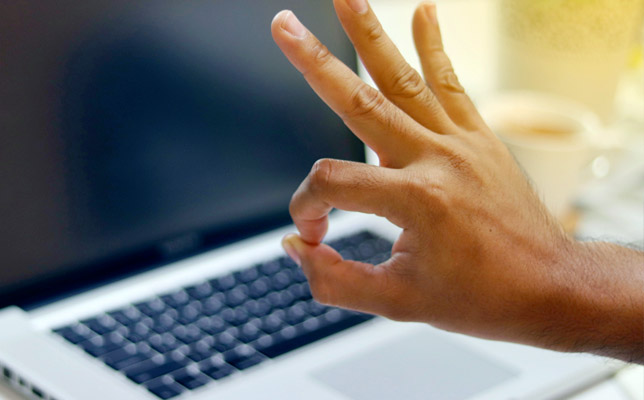 The cost of buying and selling exchange-traded funds has been falling for years. But, in October, brokerage powerhouse Charles Schwab “went nuclear” (in the language of one trade publication), eliminating ETF commissions entirely. Competitors TD Ameritrade, E-Trade and Fidelity followed suit.

Below is a primer on ETFs, highlighting their growing advantages, plus a few remaining disadvantages.

The first exchange-traded fund opened to investors in 1993, more than a quarter of a century ago. But as recently as 2011, more than six in 10 investors responded to a survey saying they didn’t invest in ETFs because they “don’t know what they are.”

Today, more than 2,000 exchange-traded products are on the market, but that number obscures an important fact: The top 100 funds hold roughly 75% of all ETF assets. And, remarkably, just five exchange-traded funds account for nearly 20% of all ETF holdings! (Three of the five are funds that mirror the S&P 500 index.) So while the overall ETF marketplace has grown quite large, the number of “key” funds is still quite small.

What is an ETF?

The simplest way to understand an ETF is to think of it as a mutual fund that trades like a stock (more on that shortly). Like traditional mutual funds, exchange-traded funds offer a convenient way to invest in a pre-assembled basket of stocks.

Most ETFs are “index” funds — i.e., they are similar to traditional mutual funds that track the performance of a particular stock market index or sector of the economy. (Some ETFs are not index funds, but that’s a more complicated subject for another day.) The particular index or sector an ETF tracks may be broad and well-known, such as the aforementioned S&P 500, or it may be something extremely narrow that you’ve never heard of, like the price of goat cheese in Albania (okay, we’re exaggerating — but not by much).

But this is where the similarities end and the differences begin. Whether these differences make ETFs more (or less) attractive than traditional funds depends on the circumstances of each investor.

Here are ETF pluses as a typical investor likely would evaluate them. 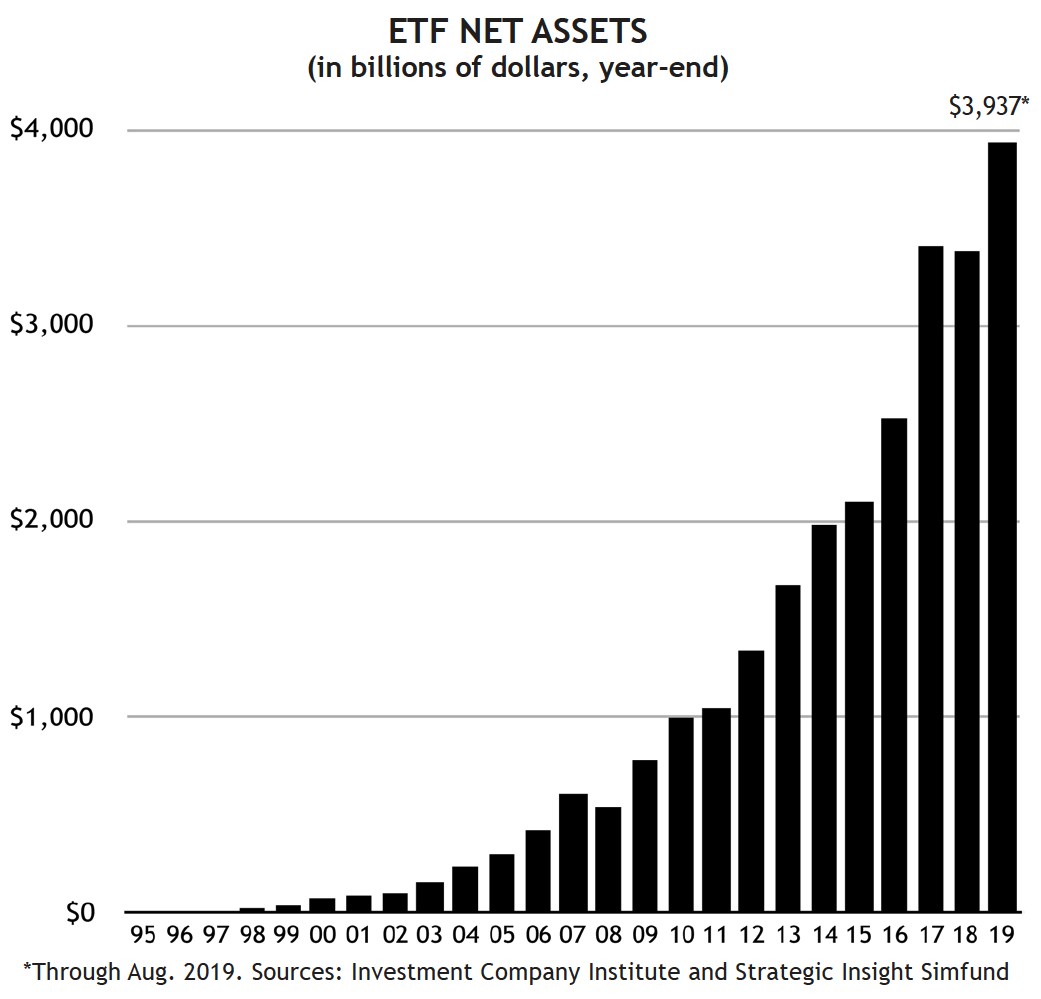 While there is much to like about ETFs, they aren’t without a few remaining disadvantages. Consider:

ETFs and the SMI strategies

In the past, commissions charged when buying and selling ETFs acted as a significant obstacle to SMI investors, especially those making regular contributions and/or investing smaller amounts. Just a decade ago, ETF commissions averaged about $13 per trade! In recent years, that average dropped to about $5 per trade. But now we live in a world in which the “big four” brokers — Fidelity, Schwab, E-Trade, and TD Ameritrade — have eliminated commissions entirely for online ETF trades. For its part, investor-owned Vanguard still charges commissions for a handful of ETFs, but it offers a huge slate of exchange-traded funds (about 1,800) commission-free. All of this is great news because it makes employing ETFs in SMI strategies more cost-efficient than ever.

How to buy or sell an exchange-traded fund

While commission-free ETF trades are definitely investor-friendly, it’s important to be aware of the less-apparent cost created by ETF “spreads.” The spread is the difference between the best available “bid” and “ask” prices for a security. The bid is the highest price a buyer is willing to pay, and the ask is the lowest price a seller is willing to accept.

When you place a “market” order for an ETF (or a stock), you typically will bear the cost of at least part of the spread, and possibly the whole amount. This will be “built in” to the price you pay. Think of this as a “convenience fee” for getting your entire order filled immediately.

Alternatively, you can enter a “limit” order where you specify the price you are willing to pay. As a buyer, you can set your limit price at the current bid price and avoid paying any of the spread — if your order gets filled. The danger is that by limiting the price you are willing to pay, the price of the security you’re trying to buy may move higher, causing your order to go unfilled. So using a limit order may save you a bit of money, but it comes with the risk of having to spend even more — both in money and in time — to chase the price higher.

Spreads tend to be narrow (typically just a penny) on the biggest, most liquid ETFs that SMI suggests in its strategies. On an ETF with substantially lower trading volume, the spread may be wider and the hidden costs higher.

Here’s an example. In SMI’s Dynamic Asset Allocation strategy (DAA), one of the occasionally recommended funds is the largest ETF of all — the SPDR S&P 500 ETF (SPY). A recent quote for SPY showed a bid price of $291.09 and an ask price of $291.10. Paying the full spread would result in a trade that “costs” an extra $0.01 per share.

Some market observers think it would be wise for investors to pay even more attention to spreads now that we’re in a world of commission-free trading. After all, brokerage firms still want to make money on the ETF part of their businesses and spread costs are one way to do so. As the financial publication Barron’s recently noted, “To make up for revenue lost from commissions, brokerages could route trades in a way that leads to wider spreads.”

We hope that won’t be much of a concern for SMI investors. While it is always wise to be aware of the bid/ask spread when investing in an exchange-traded fund, we expect that most of the ETFs SMI recommends will have very narrow spreads.

Exchange-traded funds will continue to play a growing role in SMI’s strategies. Not only have ETFs become cheaper to buy, many of them now have extended performance histories to compare against traditional funds.

We remain cautious about smaller ETFs that are thinly traded, but if you stick with larger, higher-volume funds, there’s much to like. ETFs offer great flexibility at rock-bottom prices. That’s a tough-to-beat combination, making exchange-traded funds an increasingly useful tool in your investing toolbox.