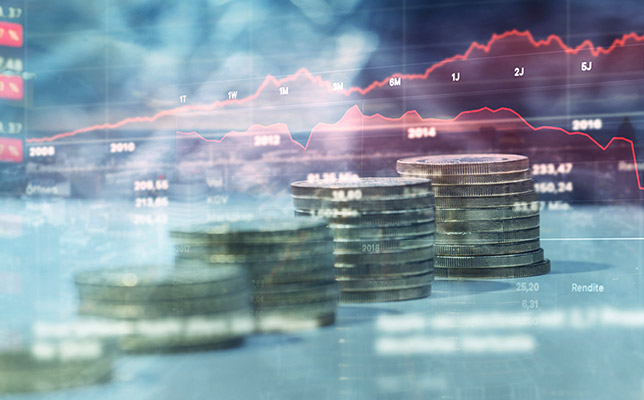 You may have moved some of your portfolio to “cash” this year by putting it in a money-market fund. But do you know what an MMF is and how it generates a return?

The short answer is that an MMF is a type of mutual fund that invests in securities offered in the money market rather than the stock market. (We’ll explain more about the “money market” in a moment).

Money-market funds have been around for about a half-century. For most of that time, they’ve served as excellent vehicles for cash holdings, allowing investors to earn a reasonable return on money being saved for the short term. (MMFs were the vehicle of choice for investors who needed a place to park their cash temporarily before deploying it into the stock or bond markets.)

Then came 2008. That’s when money-market funds ran into a wall. Responding to the Global Financial Crisis, the Federal Reserve lowered short-term interest rates to minuscule levels and left them there. Because money-market funds reflect prevailing short-term rates, MMFs lost their luster. Disappointed investors saw no reason to use them. Some MMFs shut down. Others waived fees just to be able to pay investors even a paltry amount.

That’s all in the rearview mirror now. With the Fed raising rates in earnest, money-market funds are back in the game, yielding more than they have in years — and investors are paying attention. According to the Investment Company Institute, from May through mid-October of this year, total net assets invested in “prime” MMFs (typically the highest-yielding type of money-market fund) surged nearly 70%.

If you’ve ever had someone ask, “Can you lend me $20 until the end of the month?” then you have an inkling of what the money market is all about. It is a vast marketplace for short-term loans — in this case large loans, each involving millions of dollars. The loan lengths range from one day to up to a year.

Borrowers in the money market are the biggest of the big, including the U.S. Treasury Department, various government agencies, banks, and large corporations. These entities regularly need short-term money to meet their cash-flow needs.

Lenders in the market include some large institutions but also many small investors who pool their money by buying shares in a money-market fund. (Bank CDs and bank money-market accounts are other ways for smaller investors to access the money market.) The MMF lends the pooled money to the “big-time” players. As these large short-term loans are repaid, the interest earned is distributed to investors as dividends.

Because all the borrowers have strong credit ratings, and because money-market loans are repaid within days, weeks, or months (depending on the agreed-upon terms), investing in a money-market fund is considered very low risk.

MMFs come in four varieties, each specializing in lending to particular types of borrowers.

A loan made by a money-market fund typically will involve one of the following types of debt.

What else you need to know

Retail (i.e., non-institutional) money-market funds hold the value of each share at a constant $1. Each investor is credited with more shares as the fund earns interest on its loans.

MMFs tend to reflect interest-rate changes quickly because short-term loans are constantly being made and repaid. That makes MMFs particularly attractive in a time of rising rates such as we are experiencing now.

While MMFs are not suitable vehicles for achieving capital growth over the long term, they are ideal for temporary cash holdings (“temporary” could be days, weeks, or months, depending on the situation). In this sense, MMFs are more akin to savings accounts than to other types of mutual funds.

But unlike savings accounts, money-market funds do not carry federal insurance protection, so an investor could lose money if an MMF fails. However, such a failure is a remote risk. In the 50-year history of MMFs, only one retail money-market fund has been unable to meet its obligations to investors. During the 2008 Financial Crisis, the Reserve Primary Fund couldn’t meet overwhelming investor demand for redemptions. Its investors eventually received 99 cents on the dollar and the fund was dissolved. Later, the U.S. Securities and Exchange Commission implemented regulations to avoid similar failures.

07/27/22 | Comments
Your Best Interest: Finding Better Rates for Your Savings
By Joseph Slife