I-Bonds Are the Best Deal in Fixed-Income Right Now 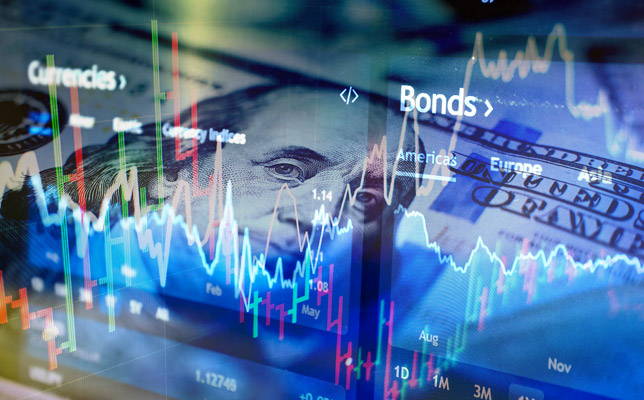 Bond investors haven’t had much to smile about this year. Depending on which maturity one observes (10-year, 30-year, etc.), 2021 has been either the 3rd-, 4th-, or 5th-worst year to own Treasury Bonds in the past 50 years, according to market researcher Jim Bianco.

Meanwhile, October’s Consumer Price Index surged to 6.2% over the prior 12 months. Historically, interest rates have tended to rise in tandem with higher inflation. But in the current cycle, the “transitory inflation” narrative (along with the constant buying by central banks) has kept bond yields subdued thus far. On the same day the latest 6.2% annual inflation rate was announced, the 10-year Treasury bond yielded only 1.5%. That’s an enormous gap — and a significant problem for fixed-income investors.

Against this backdrop, the appeal of U.S. Government I-Bonds is easy to see: their annualized interest rate is currently 7.12%, exceeding any other type of bond yield available. Plus I-Bonds offer favorable tax treatment and significant protection against loss. How is this possible?

I-Bonds are savings bonds issued directly by the government to investors. The interest rate on I-Bonds consists of a fixed rate plus an inflation rate that adjusts every six months (the “I” in I-Bonds). Currently, the fixed rate is 0% and the semiannual inflation rate is 3.56%, so the composite (total) semiannual rate is 3.56%. The inflation rate, based on the federal government’s CPI-U rate, adjusts twice a year — on the first business day of May and the first business day of November. Compounding on I-Bonds is semiannual, so if this rate remains unchanged next May, the full-year return would be 7.12%. (Interest is credited monthly and automatically reinvested. The total will result in the semi-annual yield of 3.56%.) Of course, this rate could go up or down every six months.

The disparity between the I-Bond yield and other bonds comes from the fact that I-Bonds are guaranteed to match the rate of inflation. In contrast, other bond yields currently lag inflation by record margins. In other words, I-Bonds have already had their rates adjusted based on the recent surge in inflation, while other bonds have not.

More good news: the composite rate can never fall below 0%. So the only way the yield will decrease is if inflation does. That’s different than the federal government’s other inflation-based bond offering, TIPS (Treasury Inflation-Protected Securities), which can generate negative returns in a deflationary environment.

Another benefit of I-Bonds is their tax treatment. I-Bond interest is exempt from state and local income taxes. And, because you won’t receive any income from your I-Bonds until you redeem them, federal income taxes are not due until maturity (30 years) or redemption, whichever comes first. 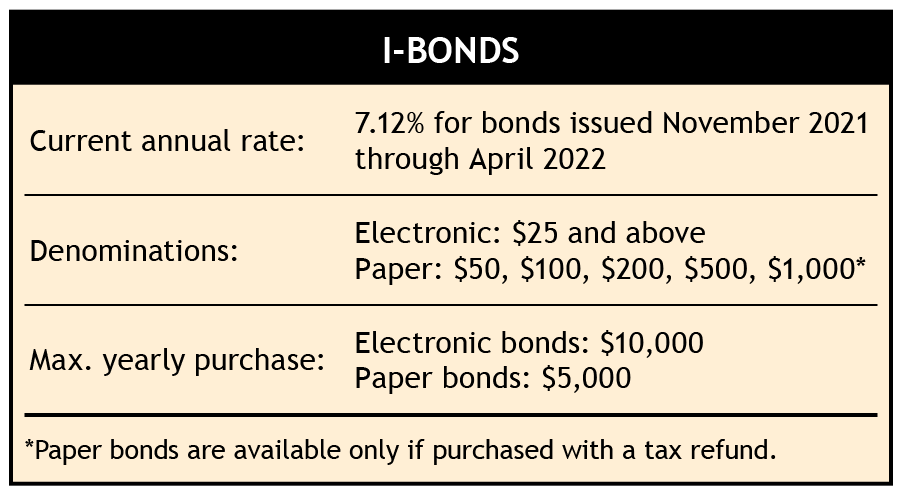 All of this sounds rather amazing in a world in which 10-year Treasury bonds yield 1.5% and inflation is running 6.2% — but note these three restrictions.