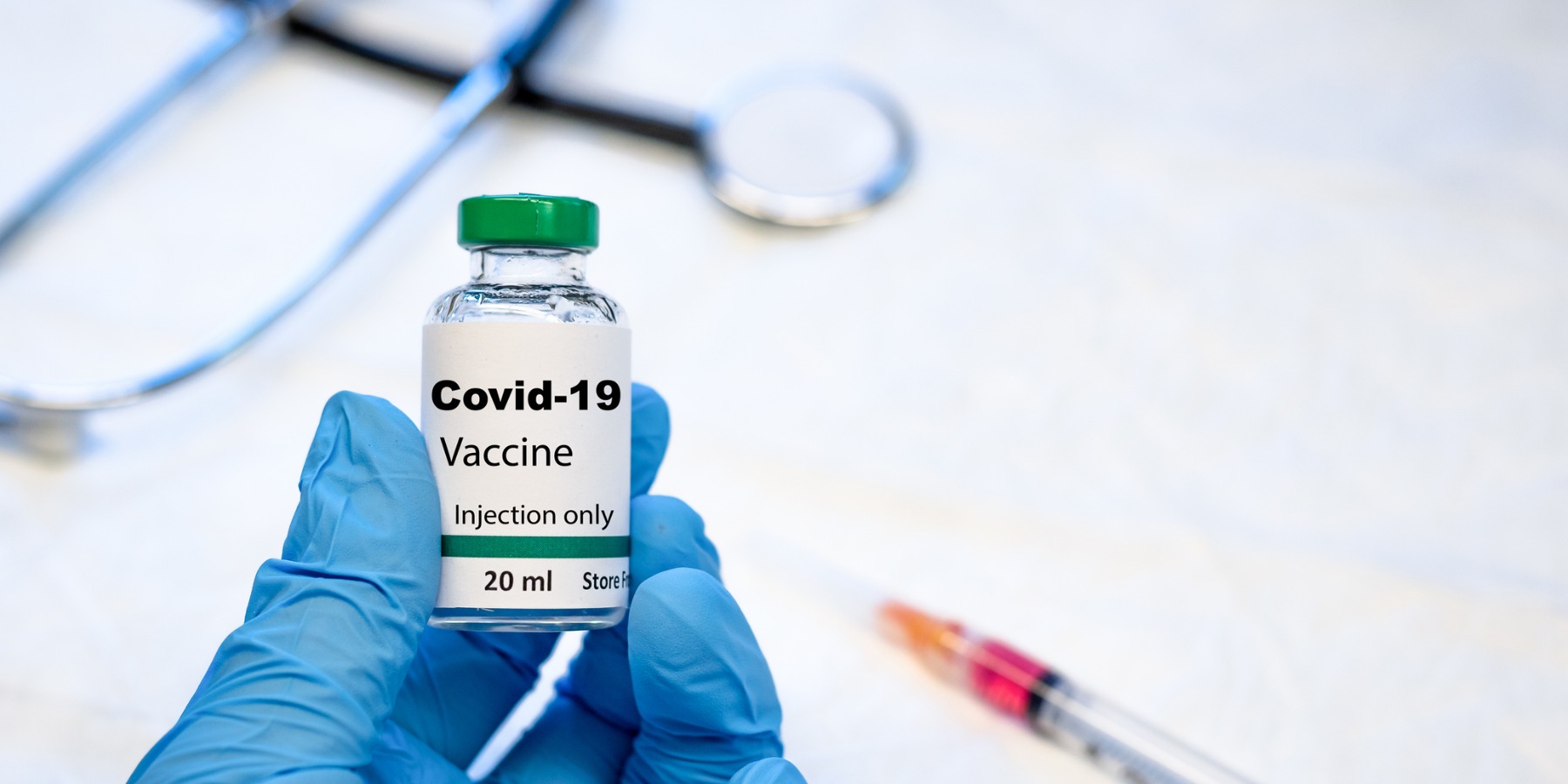 Yesterday, we finally got the news everyone has been waiting for since February: a COVID vaccine is apparently on the way.

Pfizer announced positive phase 3 trial data that suggests its vaccine is roughly as effective as the other "big" vaccines many Americans take — measles, chickenpox, etc. — and at 90%, significantly more effective than the ~60% effectiveness we’re used to with seasonal flu vaccines. These are preliminary trial results and this isn’t a sure thing, but it’s a very significant step forward.

The financial markets responded immediately and with force — though not necessarily the way one might suspect. It’s worth taking a few minutes to unpack the big moves and what they signal moving forward.

While the stock market is what most investors look at first (and we’ll definitely get to that), as is often the case, the most important information was found in the bond market’s reaction. Continuing the trend I wrote about on October 30 in the last DAA Update, bond yields sprinted higher on the vaccine news.

Why this reaction? At the risk of oversimplifying, the easiest way to think about bond yields is that when the bond market expects poor economic performance ahead, bond yields decline. And when it expects an improving economy on the horizon, bond yields rise. There are other factors involved like the amount of debt being issued by the government, inflation, and so on, but at its most basic, it comes down to this economic expectation component. And what the bond market was clearly saying yesterday was, if true (meaning if it actually lives up to its promise), this vaccine is a game-changer for the economy and the financial markets.

Don’t just take my word for it though. Here’s the chart of the all-important 10-year Treasury yield: You can trace the whole progression of the COVID story through this single chart: huge waterfall decline in February and early March as the world realized an economic Depression was beginning, the end of the first phase leading to the first attempted breakout in June on the first reopening optimism, the decline from there into August as the second wave picked up intensity, and the steady rise since then as the markets have increasingly looked toward a resolution of this crisis (though with significant ups and downs over the past month based on news flow).

What’s striking and significant about yesterday’s move was it was the first time Treasury yields surpassed that June high. Yields are as high now as at any point since the crucible of March when the Treasury market was seizing and the Fed was responding with unprecedented force.

One crucial point I need to make that applies to everything in this post: one day is just one day, it’s not a proven new trend or theme. There’s a reason our momentum trend formulas are tuned to measure somewhat longer-term trends, as single day and short-term moves can be very "noisy" and reverse as quickly as they occur.

That said, taking out an 8-month high on potentially game-changing news is a big deal. And while it may signal some significant readjustments in our investing portfolios in the weeks and months ahead, it’s unambiguously good news in terms of moving toward a resolution to this exceptionally difficult 2020 chapter.

While yesterday morning’s headlines started off telling a story about the stock market soaring on the vaccine news, by the end of the day the story was quite different. Yes, the S&P 500 finished the day up +1.2%, but that was following a nasty final hour that left the index closing -2.6% below its morning high. The real story in the stock market yesterday, and continuing today, is less about the broader market going up and more about a fierce rotation going on within the market. The best illustration of that is seen in the Nasdaq index (which is heavily weighted to technology companies) falling -1.5% yesterday while the Russell 2000 index (small companies) was the day’s big winner at +3.4%. Both of these trends have continued today, with the Nasdaq down another -1.2% as I write, while the Russell 2000 is up another +1.1%.

This reaction is basically the unwinding of the trends over the last eight months: the big COVID tech winners got trimmed, while the stocks that had suffered due to economic restrictions finally got a boost. An interesting sidenote: volume was huge yesterday, roughly 50% higher than the average over the past month.

We’ve written many times over the past several months about the increasingly narrow advance of the market, with the gains concentrated among a relatively small group of companies best positioned to take advantage of the work-from-home, social distancing dynamic the world suddenly found itself in. We’ve also discussed the incredibly rich valuations that led to in many of these stocks. With the prospect of a vaccine helping the world return to something resembling normal — and remember, the stock market normally looks 6-12 months ahead, so it’s not basing this on what December 2020 looks like, but rather what mid-2021 looks like — those rich valuations are being reevaluated, while many stocks that attracted little interest during the "2020 regime" suddenly are back in play.

Gold takes it on the chin

The re-opening narrative hit gold hard yesterday, causing the worst single-day drop in seven years. The selling pressure came from a couple of angles. First, there’s the unwinding of the "fear factor" that has been part of gold’s appeal this year. Second, when bond yields rise, it always puts pressure on gold because the opportunity cost of holding zero-yielding gold increases.

It’s important to view gold with wide-open eyes at this point. I’ve been vocal in my enthusiasm for gold this year, which has been warranted. But we never put blinders on or "fall in love" investments like these. And while I’m still reasonably bullish on gold based on the fact that I believe we’ve crossed the Rubicon in terms of monetary and fiscal policy on a path that likely leads to MMT and things we’ve never before seen on the borrowing/spending front, I’m certainly willing to let the data prove that thinking wrong (or at least early).

The chart below helps put gold’s move into perspective. Note that it has rebounded from yesterday’s $1,850/oz level to $1,880/oz today. Gold started the year around $1,525 in January. DAA got into it a month later in the $1,575-$1,600 range, and SMI really started talking about it a lot in May-June when it was in the $1,700-$1,750 range. While we’re still solidly profitable at today’s levels from any of those starting points, there’s a pretty obvious declining pattern from that August all-time high to today.

All that said, I’m not especially worried at this point given that today’s rebound to $1,880 puts us back in the range we’ve spent a fair amount of time in since late-September. But it’s something to keep an eye on, as the narrative path forward for gold is narrowing somewhat and is ever more reliant on that debt/borrowing/spending/printing government dynamic, which is admittedly less likely should we wind up with a Republican Senate at odds with a Democratic president. Of course, nobody knows what happens next. Even a day as significant as yesterday is just one day. So we’ll wait and watch and monitor the trends, which will inevitably show up in our momentum formulas and strategies.

One thing I’ll be watching closely is whether the S&P 500 index is able to punch through its September 2 high of 3,580 and stay there. Yesterday, it soared above that level early, fell below it, reclaimed that high ground again in the early afternoon, but ultimately closed well below it. Nor has it been able to top that level in today’s trading. It’s not necessarily a slam dunk that stocks as a whole will be off to the races once COVID is behind us.

In fact, it would be a final "most 2020 thing ever" for the stock market to have peaked just as the final winter wave was picking up steam, only to have it fall once the vaccine was finally available! I’m not saying that will happen, but it does remind me of 2000’s final act. I’ve been calling attention to various parallels between the late-1990s and today’s market for well over a year now, so why stop here? In 2000, tech stocks were so overvalued relative to the rest of the market that their valuation unwind and the rotation into the rest of the market (smaller and more value-oriented stocks) led to a gradually declining bear market despite the absence of a recession until 18 months later (after 9/11).

That’s just one possibility though. If it happens, Upgrading will be poised to take relative advantage, much as it did during that earlier period. On the other hand, if new monetary and fiscal policies blow the lid off to the upside, we’ll be ready to handle that eventuality too.

Yesterday’s news and the market’s reaction gives us quite a few important clues, but one day doesn’t reveal the rest of the story. We’ll keep watching and interpreting as more information comes in.