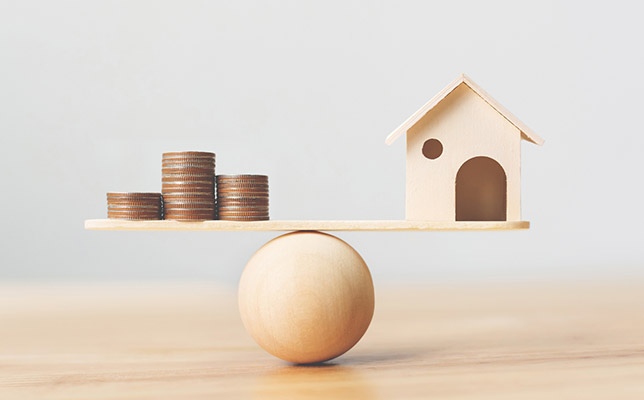 During the last recession, many people painfully discovered they had stretched too far in buying a home. Loose application requirements tempted many people to buy who, it turned out, were not in a financially strong enough position to buy. Today, with mortgage rates at historic lows, buying a house once again looks very tempting.

Is it a good time to buy? It could be, as long as you buy in such a way that your house doesn’t own you.

Save early and save often

Before applying for a mortgage, save enough to be able to make at least a 20% down payment and fill an emergency fund with an amount equal to three-to-six months’ worth of essential living expenses. That may sound like a stretch, but a 20% down payment will mean you can avoid the cost of private mortgage insurance, and a healthy emergency fund protects you from the financial and emotional stress of paying for the many things that can go wrong with a house.

No matter how much a mortgage lender says you can afford, set your sights on a home in which your housing payment (mortgage, taxes and insurance) adds up to no more than 25% of monthly gross income, preferably 20%. As we crunched the numbers to come up with SMI’s Recommended Cash Flow Guidelines, 25% was the maximum amount that allowed for generous giving, adequate saving and investing, and financial margin.

Ideally, apply that 25% standard to just one income. For a young couple who want to have children one day and where both spouses work outside the home, basing their largest expense — housing — on one income will make it much easier to eventually have one spouse stay home full-time. Even if kids are not in the picture or if both spouses plan to continue working, taking on housing expenses based on two incomes is unwise.

I once talked with a couple who had built an especially expensive lifestyle: two leased cars, frequent dinners out, and a mortgage that required a large portion of their combined high incomes. Then the woman lost her job. When I met with them, their faces were full of fear. His had a tinge of anger. How could she lose her job and put their lifestyle in such peril? But it wasn’t her fault. Together they had chosen that high-risk path. Far better to base housing costs on one income.

As you prepare to apply for a mortgage, keep in mind that your credit score matters greatly in determining if you will qualify and what interest rate you’ll get.

FICO credit scores range from 300-850, with the lowest loan rates going to those with the highest scores. (FICO stands for Fair Isaac Corporation, the company that created the credit score.) To obtain the best rate on a mortgage, you’ll need a score in the mid 700s or higher.

If you’re already working with a lender or mortgage broker, they may be able to pull your credit scores at no cost to you. However, if you’re earlier in the process, it’s worth paying to obtain your scores before applying for a mortgage. (As maddening as it may be, your credit report is free, but not your score.) You have three credit scores, one from each of the three credit reporting bureaus. At MyFICO.com, you can purchase all three for $59.85.

If your scores are lower than you think they should be, look for indications that you have paid your bills late, which is a factor that weighs especially heavy on your score. If your reports show late payments and you know that information is incorrect, contact the creditors in question and ask them to change how that information was reported to the bureaus.

Next, look at your credit utilization. That’s the percentage of available credit you are using (regardless of whether you pay your credit card bills in full each month). The best scores go to those who use 10% or less per line of credit and across all lines of credit. If yours is much higher than that, start using less. For example, if you have a credit card with a $10,000 limit, spend no more than $1,000 per month on that card. (Of course, pay your bill in full each month).

If you and your spouse are applying for a mortgage together, all six of your scores will be reviewed (remember, each of you has three). Lenders typically focus on your middle scores and use the lower of the two.

If you are applying for a mortgage that will require only one income and the person whose income you will use has a score in the mid 700s or higher, you don’t need to worry about the other person’s score, at least not for the purpose of applying for a mortgage. It is fine to apply in only one spouse’s name. In most cases, though, it’s best to title the house in both spouses’ names.

Prepare for other monthly payments

A house has a lot of expensive things that can break. So, after buying your home, be sure to allocate a healthy ongoing budgeted amount for monthly maintenance and repairs.

While the exact amount you’ll need depends on the age and condition of your house, $200 per month is a good starting point. Some months you’ll only need to replace a light bulb or two. But at some point you may need to replace a roof or furnace. So, when you have a “light-bulb month,” put the remaining portion of your monthly maintenance and repairs budget into savings for those more expensive months.

Can you afford your house?

After reading this article, you may realize you’re already paying too much for housing. If so, consider something radical. Consider selling your house and moving to one that’s more affordable. It’s a crazy-sounding idea. Completely impractical. And it may just be the best move you could make.

That’s what Carol and Tim decided to do. They had been living in what Carol described as her dream home. It wasn’t that it was so large or lavish. It’s just that it reminded her of her childhood home. But after realizing they had stretched too far to buy the house, they made the agonizing decision to sell.

Carol said two aspects of their move deepened their relationship with God. First, the speed with which their home sold seemed miraculous. Even though many houses in their community were sitting on the market for over a year, theirs sold in a month, and for nearly their full asking price. They saw it as God’s affirmation of their decision to sell.

Second, they saw that they had unintentionally moved God out from the center of their lives. “Without realizing it, I think we were trying to fit in to the culture,” Carol explained. “Our identities were in where we lived and what we did. They weren’t where they should be. When we made this move, it stripped away a lot of things for us. I think of it as kind of a time-out. It’s been a reminder that we are just as treasured and just as worthy if we live here as if we live somewhere else.”

And they are so much freer — free from other debt they were able to pay off because of their lower housing costs, free to spend more time with their daughter, and much freer from financial worry.

Homebuying? What to Know About Conventional and FHA Mortgages

Is Your Home an Investment?

Invest In Your 401(k) or Pay Down Your Home Mortgage? 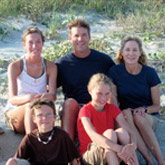