The Day Thanks Went Missing 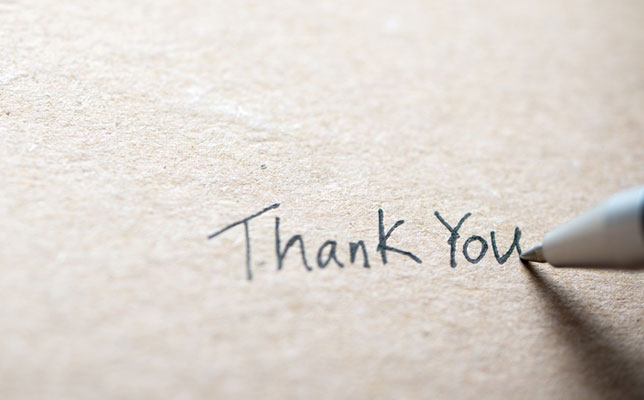 Think about one of the greatest gifts you’ve ever received. I’m not talking about something you found under the tree one Christmas morning. Think bigger, more miraculous.

Maybe a time when you were out of work and a job materialized that couldn’t be traced to all the resumes you sent out. Or when you were sick and then got better faster than the doctors thought you would. Or when you were so worried about your son or daughter or someone else and through circumstances you still don’t understand everything worked out okay. What was your response? Weren’t you so incredibly thankful?

Where are the other nine?

Our pastor recently reminded us of one of the most amazing acts of healing recorded in the Bible. It was followed by an equally amazing response by most who were healed. But what made their response so stunning was that it wasn’t at all what anyone would have expected.

“Now on his way to Jerusalem, Jesus traveled along the border between Samaria and Galilee. As he was going into a village, ten men who had leprosy met him. They stood at a distance and called out in a loud voice, ‘Jesus, Master, have pity on us!’ When he saw them, he said, ‘Go, show yourselves to the priests.’ And as they went, they were cleansed. One of them, when he saw he was healed, came back, praising God in a loud voice. He threw himself at Jesus’ feet and thanked him — and he was a Samaritan. Jesus asked, ‘Were not all ten cleansed? Where are the other nine? Has no one returned to give praise to God except this foreigner?’ Then he said to him, ‘Rise and go; your faith has made you well.’” – Luke 17:11-19

When Jesus used parables to make his points, sometimes people misunderstood what he meant. But there was no misunderstanding his question about the other nine. Where were they? I don’t detect anger in the question. There’s no indication that he was yelling. And yet that simple question cuts to the core in a way a raised voice or shaken fist never could.

These people were healed. Not of a limp, but of leprosy! Not of the flu, but of a disease that left them disfigured, shunned, and shamed. And from nine of the ten, not a word of gratitude was spoken. It was the day thanks went missing.

Things get in the way

I don’t know what was going on in the hearts of the other nine. But I have a decent guess as to what goes on in mine whenever thanks goes missing from my life. Sometimes it’s the comparison game. It can be obvious, like the times I’m lumbering down the road in our minivan and I see a car I’d much rather be driving. It can also be more subtle — a nagging sense of discontent from living in the midst of others who have more.

At other times thanks goes missing because of busyness or a lack of urgency. I can think of two thank-you notes I’ve been meaning to write — for months. In both cases, the intended recipients are in a season of life when life looks especially fragile. What am I waiting for? Is an update to my Facebook page really more important?

A simple word can mean so much

Who do you need to thank this week? With Thanksgiving coming soon, it’s an especially appropriate time to consider such a question.

Is there a teacher that made a difference in your life? Both of my parents were teachers, so trust me, a heartfelt “thank you” from a former student would mean the world to them. It’ll probably move them to tears.

Before this day is over, both of the thank-you notes I’ve been meaning to write will be written and sent. And before this article was published, I sent a note to my pastor. I thanked him for the helpful reminder of the day thanks went missing.

11/25/21 | Comments
A Thanksgiving Reflection: ‘Therefore I Will Hope in Him’
By Joseph Slife