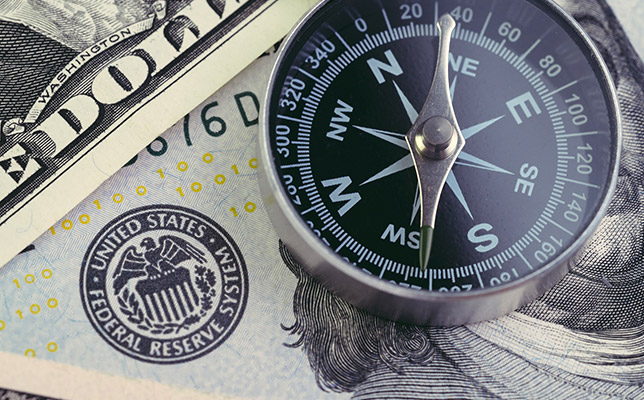 At the Federal Reserve meeting in June, Chairman Jerome Powell surprised investors by indicating the Fed was closer to beginning the “taper” of its asset purchases than had been thought. Since then, shifting expectations regarding the Fed’s tapering plans have driven much of the market action.

To interpret the implications of this anticipated tapering, we need first to understand that low interest rates help encourage economic growth as well as the background regarding the stimulus that will soon be reduced. During the 2020 COVID crisis, the Fed began purchasing $120 billion of government bonds every month. These purchases — along with cutting the Federal Funds interest rate to zero — were intended to keep rates low and stimulate the economy. This degree of stimulus to deal with a dramatic economic shutdown was unprecedented. (The Fed Funds rate is the interest rate the Fed charges on its loans to banks.)

Today, the economy is on much firmer ground. The current level of Fed stimulus is no longer necessary, and with inflation running at the highest levels in several decades, the conversation has shifted to removing this stimulus.

The Fed has taken care to communicate that they anticipate two separate and distinct phases to this process. First will be the “tapering,” or gradual reduction, of its bond-buying. For example, they might shift from buying $120 billion/month to perhaps $100 billion/month, then $80 billion, etc. Separate from this tapering process, the decision to raise interest rates eventually would follow.

In the pre-Quantitative Easing era (prior to 2009), when the Fed relied primarily on changes in interest rates to implement their policies, it was obvious when they were “easing” credit conditions by lowering interest rates and when they were “tightening” conditions by raising them. (Quantitative Easing is a form of monetary policy in which a central bank purchases securities on the open market to increase the money supply and encourage lending and investment.)

Now that the Fed uses asset purchases as a policy tool, the easing/tightening dynamic can be a bit more opaque.

Some argue that even after tapering begins, the Fed will still be easing (stimulating the economy) because it will still be making monthly asset purchases, just at reduced levels.

While that may be technically true, it’s unlikely the market will interpret it that way. The market tends to view the Fed’s actions as similar to the handle on a water faucet. That handle has been running wide open since March 2020. Whenever the taper kicks in, it will start the incremental process of turning off the faucet. Thus, tapering equals tightening.

Impact of growth and inflation

Under current law, the Federal Reserve has a “dual mandate” — its policies must pursue the goals of 1) steady consumer prices (i.e., low inflation) and 2) maximum sustainable employment. That’s tricky, as those goals can be mutually exclusive at times.

For example, the Fed currently faces a situation where the rebound in employment has largely stalled, yet inflation is still coming in hot. Starting to taper asset purchases presumably would help reduce inflation, but likely would hurt the economic growth needed to create more jobs. Likewise, waiting to taper may help job growth, but could contribute to sustained inflation.

Since Chairman Powell put investors on notice regarding tapering in June, we’ve entered into the condition seen toward the end of past Fed easing cycles, where bad economic news is interpreted as good for the market. In August, it appeared the Fed was heading toward an official tapering announcement when unexpectedly bad employment numbers were reported. This was widely acknowledged as the driver behind Powell’s “no taper yet” speech at Jackson Hole, Wyo., in late August.

The market’s reaction to that bad economic news was positive, as stocks rallied on the idea that the punch bowl wasn’t being taken away yet. This episode clearly demonstrated that, at least for now, the Fed is prioritizing its employment mandate over price stability.

There are two possible paths leading to the Fed beginning the taper. The positive path would be for the economy to strengthen and the job numbers to improve. In this case, it’s more likely that financial markets would interpret tapering as a sign of strength.

The negative path to tapering would be for growth to remain weak, but persistent high inflation forces the Fed to act anyway. In the worst-case scenario, the Fed could feel compelled to taper despite an environment where economic growth is declining.

That would be a dangerous environment for investing markets. Market risk rises when economic growth is declining. Tightening monetary conditions at the same time (even if only by removing prior stimulus) would amplify that risk.

This is all hypothetical at this point, but it’s a significant enough risk that investors will be watching closely for signs the market is heading down this “negative” path. It’s possible that market conditions in early 2022 (declining growth and tighter Fed policy) could be the polar opposite of early 2021 when growth was accelerating strongly and Fed policy was maximally stimulative.

To this point, we’ve left out any mention of the Fed’s unofficial “third mandate” — stabilizing financial markets. This used to be flatly denied by Fed officials, but after watching the Fed intervene time after time to stabilize financial markets over the past 35 years, there’s little question that this consideration is front-of-mind for Fed officials.

It’s quite easy to imagine how this might complicate things further. Let’s assume the Fed follows through and begins tapering its asset purchases sometime in the next few months. Imagine that by spring of 2022, economic growth is sputtering and the stock market begins to drop. How far do you think the Fed will let it drop before reversing course and ending the taper?

Our guess is “not very far.” But we don’t have to guess, because we have a dozen years of recent history demonstrating that the Fed’s pain tolerance for a market drop is roughly -15% to -20% before they act. That’s the recent experience when the end of prior rounds of Quantitative Easing (2010) or Quantitative Tightening (2017-2018) led to stock market corrections.

If anything, the Fed’s success in arresting the 2020 bear market with powerful intervention seems to make future intervention more likely. The argument will be that if the Fed has the tools to stop the pain, why wouldn’t they act? The pressure to do so undoubtedly will be high.

The wild card that the Fed hasn’t had to deal with during these prior episodes is inflation. The catch-22 would be a bear market in stocks at the same time inflation is still running hot. Stimulate to save the stock market and pour gasoline on the inflation fire? Or let the stock market fall unaided in an effort to keep a lid on inflation? These are the hypothetical choices that keep Fed governors awake at night.

This is all speculation for now, as no one knows what the economy, inflation, or market will be doing six months from now. In the meantime, investors will be watching how closely the Fed sticks to its stated intention to begin the taper within the next couple of months and at a pace that would conclude the process by the middle of 2022. If the economy can continue to strengthen as this process begins and unfolds, the market may not like the taper, but it may be able to withstand it. But if economic growth falters at the same time the taper is tightening monetary conditions, that combination of factors could usher in a shift to significantly tougher conditions for investors.