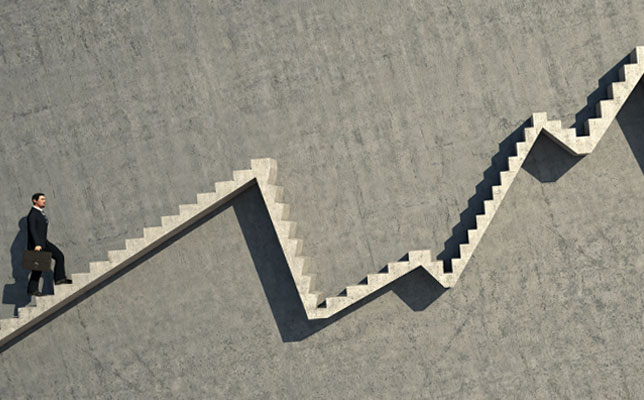 If you were to poll SMI members regarding their opinion of our Sector Rotation strategy (SR), you’d likely get two rather distinct answers based on how long the member has been using it. Those who have started using SR within the past 12-15 months would fall into one camp, likely expressing doubts and frustration. Those who have been using SR for several years would likely respond with a different perspective.

Since its debut 16 years ago this month, Sector Rotation has been SMI’s most aggressive — and risky — strategy. As Table 1 shows, SR has produced tremendous returns for SMI members over the past 16 years, despite its recent struggles. Total returns from SR have more than doubled those of the broad market over that time. The back-testing we did on SR all those years ago seemed almost too good to be true at the time, but we now have 16 years of live returns with similarly impressive results.

We’ve tried to always keep SR’s high-risk/high-reward nature in front of members, because along with those great overall returns, SR investors have experienced more than a few rough patches. But it’s natural to brush past those warnings when SR goes on the type of tear it did between 2012-2017. During those six years, SR returned 406% in total, an almost unbelievable +31% annualized rate. A $50,000 investment in SR at the beginning of 2012 was worth $253,000 at the end of 2017!

Unfortunately, the tide turned the other direction during the second half of 2018. The last 18 months have been the worst stretch for SR since the Global Financial Crisis a decade ago. Periods of significant loss in SR aren’t without precedent — for example, SR fell a gut-wrenching -21.9% in just two months back in 2015, and finished that year down nearly -10% while the market was up slightly. Unfortunately, there’s not always an obvious explanation for these swings either. That miserable 2015 came sandwiched between a pair of excellent years on each side. Eventually these periods of poor performance have always turned around, but staying the course through them is “character enhancing,” to say the least.

SR vs. investing in hot sectors

We thought it might be instructive to look more closely at the way SR steers us between various market sectors and produces those incredible long-term returns. The past several years provide an excellent case study for this, as they present us with a period where we can compare SR with a single sector that posted excellent overall returns in its own right — Biotech.

We start our comparison in February 2012 when SR purchased the Fidelity Select Biotech fund (FBIOX). This fund would be SR’s official holding for the next 26 months. After selling it at the end of March 2014, SR recommended it again for six months starting in April 2015. This tells us that Biotech must have continued to be a good performer, or it wouldn’t have been back at the top of our rankings again in April 2015.

While that was the last time SR owned FBIOX specifically, the strategy did return to the Health & Biotech sector via a different fund for the last four months of 2018, again suggesting that Biotech was a good place to be invested through much of 2018, or else the category wouldn’t have been at the top of the rankings when a new fund was selected in September of that year. (A full record of SR's historical trades and results from 1990-2018 is available for SMI members to download.) 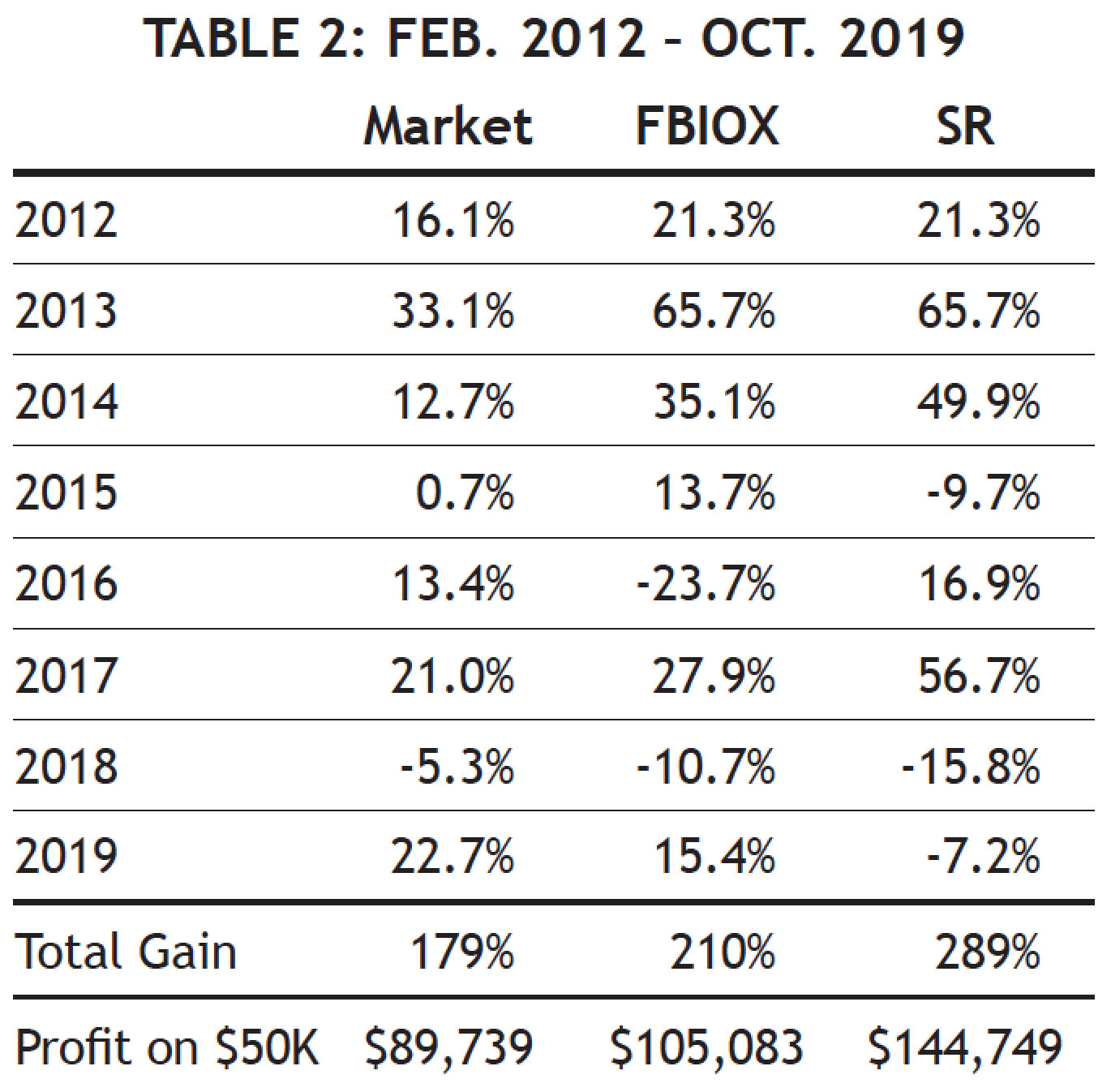 As Table 2 shows, the period from February 2012 (when FBIOX was first purchased) through October 2019 saw strong performance from the market overall, even stronger performance for Biotech specifically, and strongest of all was SR — despite the drawdown SR has experienced since the summer of 2018.

The year-by-year returns illustrate important points about sector investing and SR as well. Notice that the worst loss in the chart was for FBIOX in 2016. SR’s selling discipline helped us avoid that plunge, as we exited FBIOX in late 2015, prior to the worst of biotech’s declines.

However, SR’s high-risk/high-return nature is still clearly seen in Table 2. If SR finishes 2019 with a loss, it will be its third in the past eight years. Contrast that to the broad market, which has experienced just one mild calendar-year loss in the past eight years. SR’s volatility has been significantly higher than the market’s, but so has its return. The difference in profit between SR and the market on an initial investment of $50,000 is greater than the original amount invested!

It takes patience and courage to stick with SR through periods like we’ve experienced recently, but those who have done so have eventually been richly rewarded.