Save Money Just By Asking 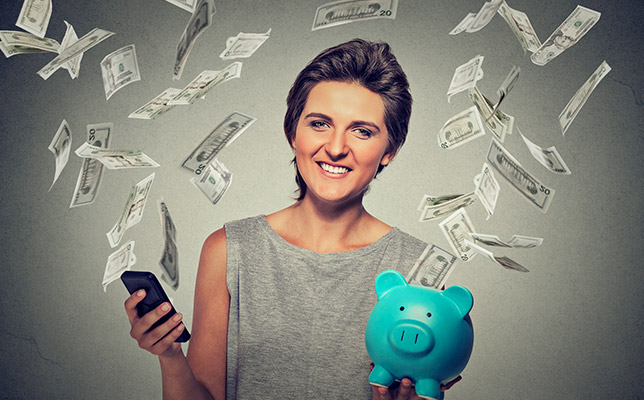 Everyone has heard the advice, “It doesn’t hurt to ask.” My experience has been far better than that. Time and time again, I’ve seen that it often pays to ask. Just by asking, I’ve gotten fees waived, subscription prices lowered, price hikes canceled, and even costly vehicle repairs more than reimbursed by the manufacturer.

Anytime I’m notified that one of our monthly bills is about to go up, I get on the phone with customer service and say something like this: “I’m a long-time customer and just received notice about an upcoming price hike. Is there anything you can do to help me out?”

I don’t complain. I don’t act entitled. I just make a polite, open request. Nine times out of 10, it pays off.

I did this recently with our home security alarm company. In response to my request, they not only didn’t increase the price (as their letter said they would), they decreased our monthly monitoring cost. I’ve done this with our cable company, our cell phone provider, and a newspaper we subscribe to electronically.

That last one is always the toughest, but they always relent — eventually. I make note of when our subscription is set to expire, look for their email detailing what is usually a significant price hike, and get on the phone. The last time, it took about 20 minutes. They tried everything. They told me about their great content, explained how little it costs if you break it down to a daily price, offered to change my plan to weekends only.

I never got mad, I just stayed with it. I kept emphasizing that I’ve been a long-time customer and said there must be a better price they could offer. Finally, there was.

I never try to be manipulative about what I ask for, but I do make requests somewhat regularly. Sometimes you don’t even have to ask for anything, you just have to speak up if you’re dissatisfied with a product or service.

That’s what happened with a recent car rental. The car smelled like smoke. I noticed it when I was driving away from the rental office, but it had already taken some time to get the car and I needed to get going, so I decided to put up with it. Still, it bothered me.

When I returned the car, I politely said, “I just want you to know, I was a little disappointed with the car. It smelled like smoke, which gave me a headache.” On the spot, the person checking the car in cut my rental fee in half.

Some requests are crazier than others

One of our sons bought a soccer ball from a major sporting goods retailer a while back. After using it for about six weeks, the ball developed a slow leak. Since it had been so long since he bought it and he no longer had the receipt, I thought there was a less than 50% chance that they would exchange it.

I actually felt hesitant about making this request but at my son’s encouragement decided to give it a try. (Our kids have heard me say “You never know what you can get unless you ask” so often that it’s become something of a mantra around our house.)

I chose a time of day when I thought the store wouldn’t be busy — around 2:30 on a weekday afternoon. Holding the well-used, dirty ball, I approached the cashier with a smile on my face and said, “I have a crazy question. We bought this ball here a while back and don’t have the receipt anymore, but it has a slow leak and I was wondering if there’s anything you can do for me.”

Since we’re members of their frequent shopper program, the cashier was able to verify that we had bought the ball at that store. She called the manager over and I basically said the same thing again. I was very polite, very friendly, and he ended up letting me exchange it for a new ball.

I walked out thinking, it’s amazing what you can get if you just ask.

For most of the 16 years that we owned our 2004 Toyota Sienna, it was great — very reliable, with no costly maintenance or repair surprises. But then, at about year 14, the driver’s-side door started making the sound you might imagine it would make if it were dying. Every time we opened it, there was a horrible screeching sound followed by a pop. It was irritating and embarrassing.

A Toyota body shop estimator said it was unlikely the door could be repaired. It would probably have to be replaced — to the tune of $3,000!

I tend to ask lots of questions, and in the midst of a conversation about how the door could suddenly stop working properly, the estimator gave me a critical piece of information. Their shop had seen other ‘04 Siennas with the same problem, and in some cases Toyota covered the cost of a new door or a repair.

So I called Toyota’s U.S. headquarters and explained the problem. Sure enough, the person I spoke with said the company had received other complaints about the issue and had even extended the warranty by a couple of years to cover the cost of repairs. However, the warranty on our van had expired long ago. He said I was out of luck.

I could have let it go at that, but I didn’t. I wasn’t rude or impatient. I just calmly said that since they acknowledged it was a manufacturing issue, wouldn’t it still make sense for Toyota to help fix the problem?

He said he’d see what he could do. A couple of days later, he called back to say the company had agreed to give me a credit worth $750 that could be used for future maintenance and repairs. By then, the body shop had told me the door could be repaired for $500, so I told the customer service person I’d be very happy with a $500 credit. He thanked me for that information but said they’d keep it at $750. Wow.

Give it a try

Do you tend to speak up — to make requests? Why or why not? What good deals have you gotten just by asking?

If it’s uncomfortable for you to ask for things, start small. Ask for a sample at the ice cream parlor or deli counter. Ask for a better table at a restaurant. Ask a neighbor if you could borrow a ladder. As you get more comfortable with it, ask for more. When you’re notified about a price hike, call customer service, tell them you’ve been a loyal customer and would like to stay with them, and then ask if there’s something they can do about the upcoming rate increase. Always be prepared for a “no,” but I think you’ll be surprised at how often the answer is, “yes.”

10/12/20 | Comments
Financial Goals and Systems: Can One Exist Without the Other?
By Matt Bell