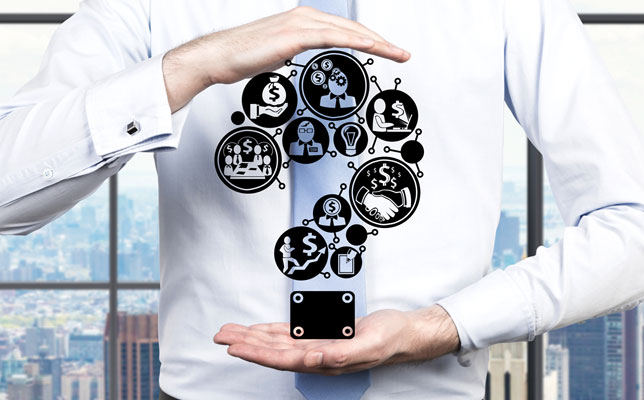 SMI’s first investing strategy was Just-the-Basics, a passive strategy built on index funds. This may surprise some readers, given that all of SMI’s strategies since then have been actively managed — meaning investment decisions are regularly being made in an effort to beat the market’s return, or at least produce a better risk/return tradeoff than index funds alone would provide.

It’s been our contention that if an investor is willing to diligently follow these active strategies, he or she has a good chance of outperforming the market. Up until the financial crisis a decade ago, the returns of SMI’s strategies consistently backed up that assertion.

However, the past decade has been a different story. SMI’s Sector Rotation strategy has continued to amaze, with annualized returns of +17.8% over the past decade. But Stock Upgrading and the newer Dynamic Asset Allocation strategy (launched in 2013) have lagged during this long bull market. DAA’s struggles are somewhat understandable, given its “defense-first” orientation. But Stock Upgrading had always outperformed during past bull markets.

It’s not just SMI’s Upgrading strategy that has struggled. The underperformance of all types of active management approaches throughout this bull market has been a topic of frequent discussion in the financial media. Although there have been other contributing factors, poor relative performance has surely played a key role in the huge number of investors leaving the active fold and shifting to indexing over the past decade. When this bull market began in 2009, the split of U.S. equity investments was roughly 75% active, 25% passive. This year, the share of U.S. investments passively invested will top 50% for the first time. There are many new passengers on the indexing train that have never before ridden it through a bear market.

In assessing the reasons behind the relative underperformance of active strategies over the past decade, there are two issues to consider. Before we can consider what’s happening at the active/passive level, we first must consider the impact of diversification on returns.

Morningstar’s Rekenthaler ends his article this way: “The last time Yale’s endowment fund looked this out of sorts was the late 1990s, and it promptly posted outstanding relative results. Perhaps history will not repeat. But I would not bet against such an occurrence.”

Neither would we. We’ve also pointed to the late-1990s as a parallel of sorts to the current market. The investor exuberance of that era isn’t present today, but the incredible outperformance of the S&P 500 relative to other stock types and investing approaches is similar. So, too, is the feeling among investors today, similar to 20 years ago, that the Fed is waiting in the wings to rescue them should the market falter at the end of a similarly extended economic expansion and bull market.

We know how that turned out last time. After its last period of similar relative outperformance in the late 1990s, the S&P 500 fell a total of -26% over the following decade. Meanwhile, Upgrading gained +65%, creating a stunning 91% performance gap between the two approaches.

But 10 years is a long time and many SMI members weren’t around for that 1999-2008 period. So when they see Upgrading lagging the S&P 500 over the past decade, it’s understandable they may be tempted to think an S&P 500-only approach is a better way to invest. We’ve shown the false implication there. Any responsible investor would diversify beyond the S&P 500, and the return gap erodes rapidly as diversification is added. But even more important is recognizing that market leadership doesn’t last forever. The S&P 500 has been on a great run, and its +2.6% annualized performance edge over the past decade is impressive. But it pales beside the -10.1% annual performance deficit the S&P 500 experienced relative to Upgrading during the decade before this bull began!

There’s an old market saying: “Trees don’t grow to the sky.” The point is simply that while investors have a strong tendency to extrapolate the recent past indefinitely into the future, real life doesn’t turn out that way. “Reversion to the mean” (the tendency for asset classes to gravitate toward their long-term averages) kicks in, pulling prior winners down and boosting the former losers back up. Over this bull market’s 10-year run, indexing — and specifically the large growth stocks that dominate within the S&P 500 index — have been the most impressive trees in the investing forest. But we don’t have to look far into the past for a vivid reminder that one decade’s leader is often the next decade’s laggard.

08/26/16 | Comments
Beyond the Passive vs. Active Investing Debate: SMI Uses Both
By Mark Biller