Home > Articles >How Your Spending May Save Your Retirement

How Your Spending May Save Your Retirement 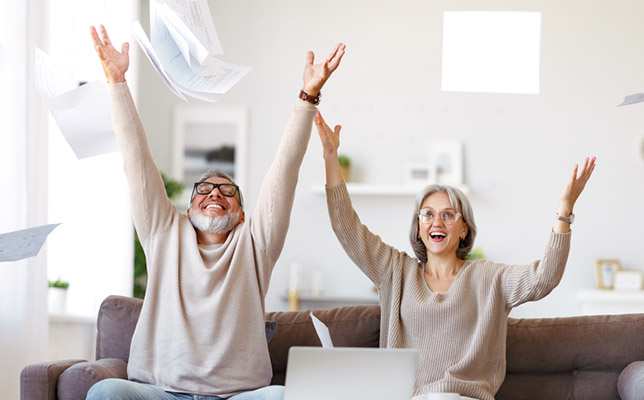 Glance at enough retirement-article headlines, and you can get the impression that you’ll never be able to retire. Consider this: According to an analysis by Fidelity, a 40-year-old with a household income of $100,000 should have 3 times that amount already saved for retirement. By age 60, the multiple should be 8.

In another scary-sounding study, Fidelity said a couple who are both 65-years-old and retiring today should expect to spend $315,000 for healthcare over the course of their retirement, not including the potential need for nursing home or other long-term care.

It’s enough to make some people give up even trying to save for retirement.

But what’s missing from such studies is context. What assumptions did Fidelity make in coming up with its conclusions? And $315,000, although a large number, comes out to $1,312.50 per month over the course of a 20-year retirement. Between health-insurance premiums, contributions to a Health Savings Account, and various out-of-pocket costs, that may be less than you’re spending right now for healthcare.

Here’s one of the most important factors missing from many retirement-planning discussions: Your expenses are likely to be less in your later years than they are now — possibly far less—and they will probably decline further over the course of your retirement.

Many expenses people have during their working years will not continue, either at all or at least to the same degree, after retirement. That’s why financial advisors often recommend basing a retirement budget on a percentage of your current budget.

But the actual change in fixed expenses can vary quite a bit, so it’s important to consider how your expenses are likely to change. Here are some of the most common expenses that tend to decrease or disappear after retirement.

The different seasons of retirement

In the first phase, which he defined as age 65 to 75, retirees tend to be active, with spending on travel, dining out, and other activities relatively high. The “slow-go” years, roughly from age 75 to 85, are marked by decreased spending to the point that household expenses don’t even keep pace with inflation. And in the final “no-go” phase, from age 85 until death, there is typically little travel and generally modest discretionary spending.

The late Dirk Cotton, who wrote the informative blog, The Retirement Café, unpacked Stein’s idea further: “By age 70, most retirees stop traveling internationally. By age 80, most stop traveling domestically. By age 90, the roughly 30% of us who are still around may rarely travel much beyond the backyard.”

Spending that may increase

Out of the 14 broad spending categories analyzed in the CE survey, most showed decreases in average annual spending by the oldest households. However, a few, such as “cash contributions” (including charitable giving and support for family members living away from home), “reading,” and understandably, “healthcare,” showed increases.

Healthcare is the main wildcard when it comes to later-life spending. Such spending could increase a little or a lot. To prepare, once you turn 65 and qualify for Medicare, you’ll need to understand what such insurance covers and doesn’t cover. It would be wise to add a Medicare Supplemental (Medigap) plan or consider a Medicare Advantage plan, which may cover expensive items, such as hearing aids, that are not covered by traditional Medicare or Medigap plans. Also, consider adding a prescription drug plan.

If you’re covered by a high-deductible health-insurance policy, try to max out your annual contributions to a health-savings account. The balance can be carried into retirement to help cover future medical costs. Also, consider long-term care insurance, especially if you have a family history of dementia.

It’s easy to develop the mindset that you need to replace your entire current income to live comfortably in retirement. Even for those who try to account for lower expenses in their later years, there can be a danger in opting for general rules of thumb, such as the need to replace a certain percentage of income.

Far better to take a thorough look at your actual current spending, see what categories may disappear or decrease, as well as any that may increase, and develop a retirement budget accordingly. Then, use real or anticipated changes in spending as part of an annual retirement-plan update.

Wade Pfau, Professor of Retirement Income at the American College and author of the Retirement Researcher blog, bottom-lined the good news here: “Suggesting that retirees should plan for constant inflation-adjusted spending may overestimate the required retirement savings that many households will require for a successful retirement” [emphasis added].

Just the Kind of God We Need...

Will You Join Us in Reaching...