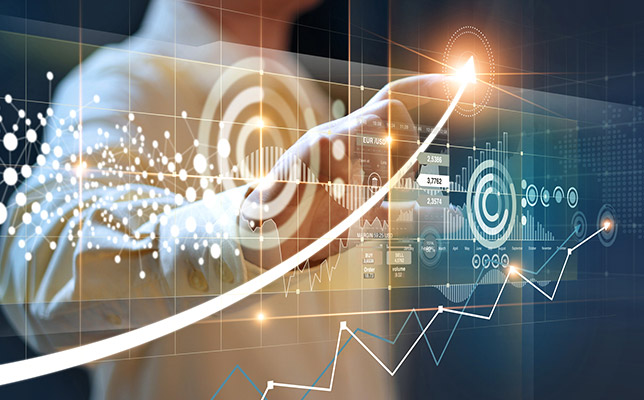 One of the defining characteristics of bear markets is a dramatic increase in volatility. Daily moves become more extreme, which wreaks havoc on investor emotions.

The days surrounding May’s Federal Reserve meeting were a perfect example. On Wednesday, 5/4, the S&P 500 index rocketed higher +3.1% as investors interpreted the Fed’s comments as less negative than had been expected. News headlines proclaimed, “Best Fed meeting day performance in 20 years!” But the euphoria was short-lived. The next day the market gave it all back: a loss of -3.6%. Two trading days later that loss had expanded to -7.2%, all in just a few days!

Especially during times like these, SMI emphasizes the importance of following a reliable investing process. But what does that mean exactly?

The SMI process incorporates a number of facets, including:

It’s not always obvious how the SMI strategies accomplish the basic investing objective of buying low and selling high, given that it’s fairly rare that we sell an investment and leave the proceeds in cash. (Bear markets, when our temporary “defensive protocols” kick in, are the exception rather than the rule.) It’s much more common for SMI to sell one investment and use those proceeds to immediately buy a new one. But whether selling for cash or a new holding, the process of buying “low” and selling at a higher point is a central theme.

At the core of all the SMI active strategies are the principles of trend-following and momentum. Simply put, trend-following means we are looking to invest in things that are already going up, and avoid investing things that are going down. Momentum is the mathematical way we measure what is going up or down and how quickly, giving us an objective standard to choose one investment vs. another.

A stark contrast to the investing mainstream

That we would specifically seek out investments that are already increasing in value might seem obvious. It’s actually not. In fact, the vast majority of investors follow one of two approaches:

Both indexing and predictive investing are dramatically different than the SMI investing process. SMI monitors what has already happened and uses that to direct what we invest in right now. There’s a large body of academic research — plus 32 years of SMI’s experience — that back up the effectiveness of this decidedly out-of-the-mainstream investing approach. 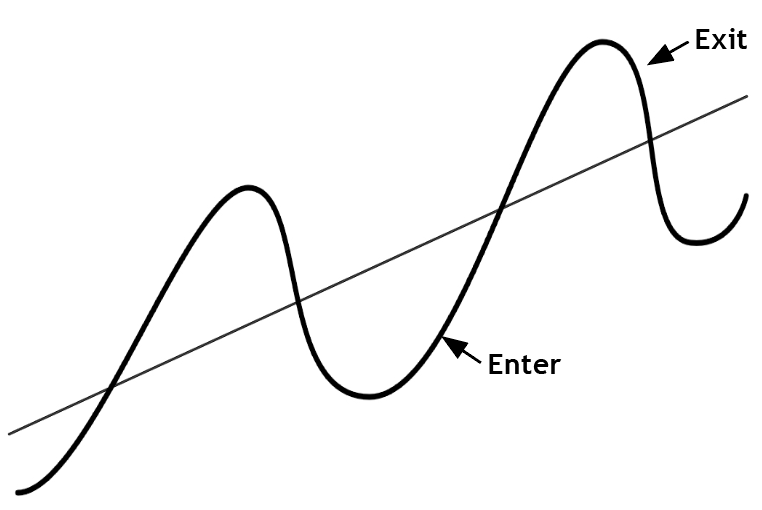 The chart at right provides a simple visual of what trend-following using momentum attempts to do. This same visual can be applied to many various types of cycles, but let’s consider it in terms of the long-term path of the overall stock market.

The diagonal line cutting through the center of the chart from bottom-left to top-right shows the market’s long-term tendency to rise over time. This is the line that indexers say is the important one. They argue (largely correctly) that given a long enough time horizon, investors should just keep plowing money into stocks because eventually the market’s trajectory is higher.

That’s mostly true in the experience of the U.S. stock market but conveniently ignores some rather large examples elsewhere in the world where that didn’t work out so well. An investor in Japanese stocks, for example, is still waiting 32 years later for that market to return to its January 1990 level.

Setting that aside though, SMI largely agrees with the idea of investing for that long-term line. We just think we can improve upon it by taking advantage of the never-ending cyclicality within markets. In other words, we think we can improve returns by making adjustments based on the cycles that ebb and flow around the long-term market line.

Importantly, we’re not trying to predict these market turns in advance, as so many try to do. Rather, we’re simply observing what the market is already doing and responding to it based on the market’s own momentum.

Notice that the enter and exit labels aren’t precisely at the top or bottom of the cycle. That would be ideal, of course. But we recognize that if we’re waiting for the market to tell us its direction has changed, this is by definition going to happen after the trend change occurs. Thankfully, our testing of various models, as well as our live experience navigating the big bear markets of 2000-02 and 2007-09 have shown us that we don’t have to catch the market’s exact tops and bottoms for this to still be a highly effective approach.

The chart below shows a simple example of how this concept works in practice. The chart shows the S&P 500 index from 2020 through the present. Note the general “sine wave” shape of the pattern from the chart above. The chart below shows how SMI’s Dynamic Asset Allocation interacted with U.S. Stocks in a very similar manner to that ideal, entering them shortly after the market bottom in 2020, then exiting shortly after the market top in 2022. 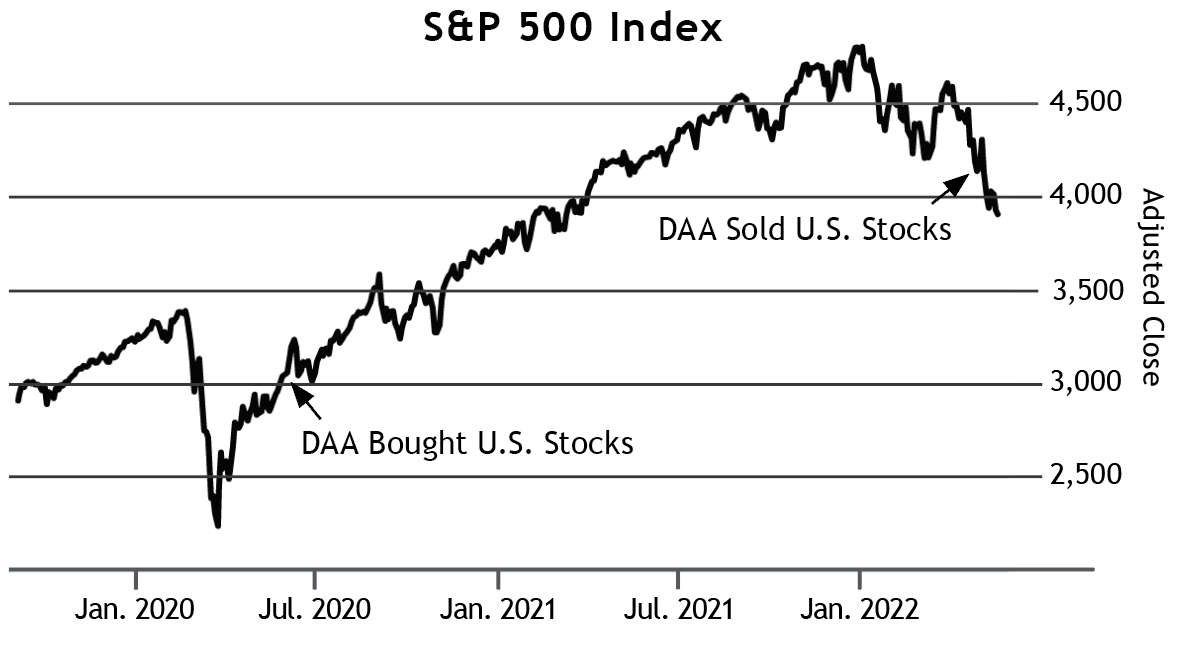 Effective for smaller cycles too

Of course, turning points between major bull and bear markets are rare. Thankfully, the same principle illustrated in the first chart above works for the market’s smaller cycles as well. This principle drives our investing decisions across the various SMI strategies. For example, within Fund Upgrading, this same process helps us determine whether to be invested primarily in growth stocks or value stocks, then guides us to the strongest performers within those respective groups. Within Dynamic Asset Allocation, it steers us from one asset class to the next. And within Sector Rotation, it helps us identify when the momentum of a particular “sector” of the economy is slowing and it’s time to shift to another which is on the ascent.

Of course, there’s more to it than that — figuring out how to turn the market’s real-time performance data into meaningful momentum signals to drive these trend-following strategies has been SMI’s focus for 32 years now. But the principle is as simple as that little chart. Markets are constantly ebbing and flowing, cycling between extremes at varying time intervals. Harnessing that information and learning how to use it in order to navigate both the bigger cycles (between bull markets and bears) and the smaller ones is the key driver of SMI’s investing process.