Home > Articles >“A Game of Recovery”

“A Game of Recovery” 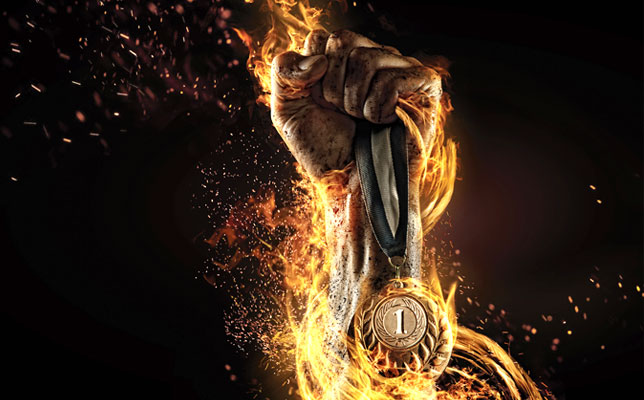 In the 2004 film Bobby Jones, Stroke of Genius, there’s a scene in which a young Bobby Jones is pitted against U. S. Open champion Walter Hagen. Although Hagen has an erratic swing and seems error prone, he runs away with the match. Afterward, Hagen confides in Jones: “I don’t always hit the ball straight, but you know what I’ve learned? Three bad shots and one good one still make par. Golf is a game of recovery.”

A different sort of recovery story played out at this year’s Masters Tournament, where Tiger Woods captured the title in thrilling fashion, winning by a single stroke. What made this a compelling recovery story was the fact it was Woods’ first major tournament victory in over a decade. His 14 prior “majors” and four Masters titles had all come before his personal life, health, and golf game crumbled a decade ago. But Tiger persevered and finally made it back to the top.

Turning to college basketball, fans are treated annually to “March Madness” and a lineup of games that invariably include several seemingly impossible comebacks. Because of the many stunning recoveries, sportswriters often call the three-week event the most exciting in sports.

Or how about one of my all-time favorite “recovery” stories, the 2004 playoff victories of the baseball’s Boston Red Sox? After losing the first three games of their league championship series with the New York Yankees, they trailed in game four with only three outs standing between them and the end of their season. But, improbably, they recovered. They came back to win that game, and, shockingly, the next three as well! In stunning the Yankees, they became the first team in baseball history to recover from an 0-3 deficit in a league championship and win four straight games to claim the title (and eventually the World Series, their first in 86 years).

Sports fans can talk for hours about amazing comebacks. But the “recovery” principle is applicable across a broad range of life’s experiences, including our finances. Of course, stewardship (and the investing duties that come with it) isn’t a game. It’s quite serious. When we handle this responsibility well, we further God’s kingdom — and earn “Well done!” praise and eternal rewards from our Savior.

But, like athletes, we don’t always carry out our duties with perfection. We sometimes fall behind where we know we should be. None of us can look back at a lifetime of spending, investing, and giving decisions and be totally pleased with our own performance. Being a good steward, however, is a game of recovery — if I may use the term for purposes of illustration. SMI exists to help you in this process. I certainly made my share of mistakes in earlier years! I’m glad to share what I’ve learned so that you don’t repeat them. When I fell down, I got up and kept going; so can you.

You may even want to take a few tips from athletes who’ve learned how to recover from setbacks. If you listen to their interviews, there’s a common thread that runs through how they overcame their poor starts.

If we invite the Holy Spirit to help us follow this pattern, we’ll have a lot in common with the apostle Paul (who knew a thing or two about recovering from a bad start): “I am still not all I should be, but I am focusing all my energies on this one thing: Forgetting the past and looking forward to what lies ahead, I strain to reach the end of the race and receive the prize for which God, through Christ Jesus, is calling us up to heaven” (Philippians 3:13-14 NLT).