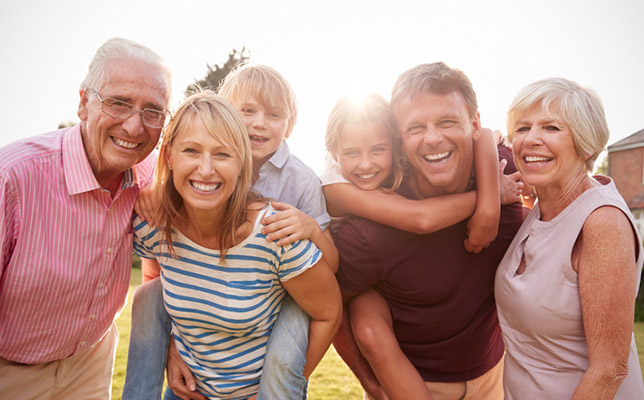 From a big-picture perspective, the best uses of money are those that are aligned with and an expression of our values. That’s why, as Christians, we make giving our first financial priority. “Firstfruits” generosity (Proverbs 3:9) is about giving the first and best portion of all we receive back to God.

Scripture helps us express God-honoring values in other areas of our financial lives too, instructing us to maintain a reserve (Proverbs 21:20), build wealth slowly (Proverbs 21:5), and avoid what it describes as the bondage of debt (Proverbs 22:7).

But what about our spending? For example, what about our housing decisions? Since this is typically the largest expense for most people, it’s important to avoid overspending on a home. However, there’s more to it than that. There are aspects to this decision that transcend calculators and spreadsheets.

That point was powerfully brought to life in a blog post by venture capitalist and entrepreneur Sahil Bloom. He recalled a conversation with a friend that Bloom said changed his life. Living in California at the time, Bloom lamented about how far away his family was from his parents and sister in Boston. The friend asked how old his parents were and how often he saw them. Bloom replied that they were in their mid-60s and he saw them about once a year. Bloom’s friend did some quick calculating and said, “Okay, so you’ll see them 15 more times in your life.” The remark hit Bloom like a "gut punch.”

“It sounds insensitive — but it’s just…math. If the average life expectancy is ~80 years, my parents are in their mid-60s, and I see them one time per year, the math — however depressing — says I will see them 15 more times before they are gone.”

The morning after that conversation, Bloom had a candid talk with his wife about what they wanted in life. That set in motion a decision to sell their house and move east. Now, almost a year later, he said it’s the best decision they ever made.

Think of your loved ones and do the math. How many more times are you likely to see them? Is that okay with you? Is there a decision — financial or otherwise — that would enable you to see them more?

Of course, this has to do with more than just our housing decisions. I’ve written before about my mother- and father-in-law, Barb and Ken. Not long after my wife and I got married, we established an annual summer tradition of renting a lake house for a week with them and one of my wife’s brothers and his family. We were supposed to split the cost of the rental house three ways, but early on Barb and Ken began subsidizing those trips. They knew we were in a high-cost phase of life with young kids and I think they never wanted money to get in the way of us coming on the trip. As a result of those vacations, we all saw each other more often than we would have otherwise and we made wonderful, lasting memories.

The winter when Ken passed away, he told us from his hospital bed that they insisted on paying for all of that year’s trip. He knew he was unlikely to be there, but he wanted to make sure the rest of us would still go. Even though my mother-in-law has also since passed away, the summer lake house tradition continues and now includes my wife’s other brother and his wife. As our kids get older, we’re intent on keeping the tradition alive, even if that means subsidizing the trips.

Love God and people. That’s the compass that points toward a God-glorifying life — and toward the best uses of money. There are no calculators or three-step plans that can tell us how that teaching translates into specific choices. But as we make all manner of financial decisions — from where to live to how to vacation — it’s a question worth considering: which choice will best enable us to love God and people well?