The Risk in the Mirror and Other Points To Ponder 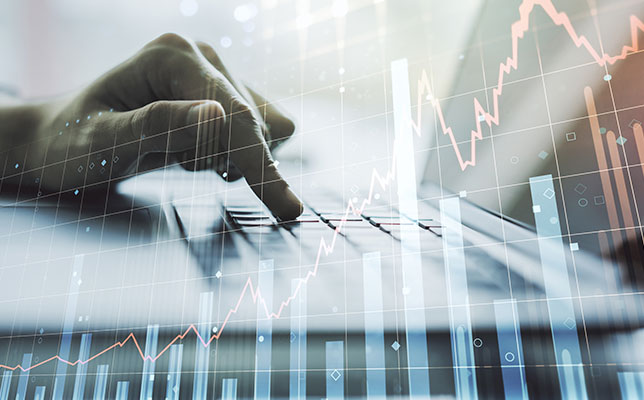 “They make it so easy for people that don’t know anything about stocks. Then you go there and you start to lose money.”

– Navy medic Richard Dobatse, who made and then lost nearly $1 million trading stocks through the online broker, Robinhood. His story was told in a 7/8/20 New York Times article, which described the trading platform’s unique customer base: “More than at any other retail brokerage firm, Robinhood’s users trade the riskiest products and at the fastest pace…. The average age is 31…and half of its customers had never invested before.” Read more at nyti.ms/2CTd3AA.

The year of the day trader

“…the only people who sell at the top and buy at the bottom are liars and people who are eventually going to make a big mistake at the worst possible time.”

– A Wealth of Common Sense blogger Ben Carlson, in a 7/16/20 post about the rise of speculative activity this year and how easily a day-trader’s mindset can seep into the thinking of a traditional investor. Read more at bit.ly/2CYACHW.

Where investment truths go to die

“The market doesn’t have to do anything, least of all what you think it should do. The market does what it wants, when it wants to do it. It is the real-time personification of collective human psychology, with fear and greed on full display.”

– Charlie Bilello, founder and CEO of Compound Capital Advisors, writing on his company’s blog on 7/7/20. In his post, Bilello included numerous charts that illustrate the folly of blindly trusting conventional wisdom as to what the market will or won’t do. The charts have to be seen to be believed. See for yourself and read more at bit.ly/3fOhbAn.

The numbers behind the numbers

“This recovery is sending all kind of false signals. Be careful of false narratives built on confusing data.”

– Portfolio manager Michael Lebowitz in a 6/17/20 tweet. He noted that strong retail sales need to be viewed within the context that more than four million homeowners are in forbearance and that if they had to make mortgage payments, the retail numbers would look quite different. Read more at bit.ly/2WJDUpy.

“Never, to paraphrase Winston Churchill, have so many stocks owed so much to so few.”

– Morningstar vice president of research John Rekenthaler, in a 7/20/20 article about the S&P 500 being overly concentrated in its top 10 holdings. Those 10 stocks — primarily tech companies — now account for a record 26% of the index’s assets. The S&P 500, which is weighted by market capitalization, was almost as concentrated in 2000, just before the start of what would be a two-year bear market. Read more at bit.ly/2CJyWSZ.

The risk in the mirror

“The first half of 2020 should remind us that investing isn’t about conquering markets; it’s about mastering ourselves. To be an intelligent investor is to recognize that you’re in a lifelong struggle for self-control — an unending effort to keep yourself from yielding to fear or greed, believing that you know what the future holds or letting short-term news knock your long-term plans off track. Self-control means not becoming your own worst enemy.”

– The Wall Street Journal’s Jason Zweig, in a recent column about the risk all investors face of getting in their own way. Read more at bit.ly/30z0iDb.