Saying the Quiet Part Out Loud and Other Points to Ponder 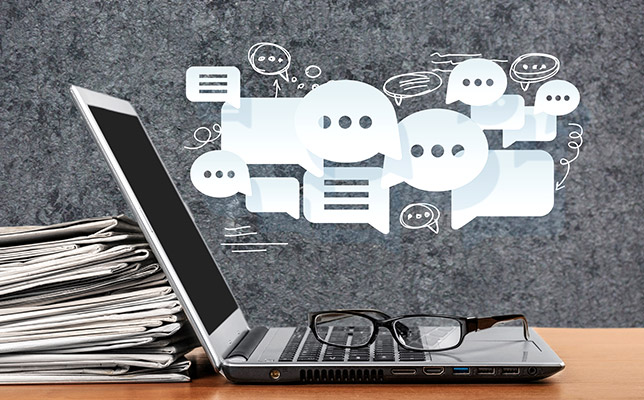 “We were assured by policy makers that QE provided large benefits to the real economy. If so, won’t its reversal in the form of QT come with a cost?  It can’t be all rainbows and unicorns.”

– These comments, from hedge fund manager Stan Druckenmiller and former Federal Reserve governor Kevin Warsh, date back to a 12/16/18 opinion piece in The Wall Street Journal. The two authors were referring to the Fed’s transition from Quantitative Easing (QE), its bond-buying program designed to stimulate the post Great Financial Crisis economy, to Quantitative Tightening (QT), which many expect to begin in May. Read more at
on.wsj.com/3vCQwQ6.

Saying the quiet part out loud

“It’s hard to know how much the U.S. Federal Reserve will need to do to get inflation under control. But one thing is certain: To be effective, it’ll have to inflict more losses on stock and bond investors than it has so far.... Investors should pay closer attention to what [Chairman] Powell has said: Financial conditions need to tighten. If this doesn’t happen on its own (which seems unlikely), the Fed will have to shock markets to achieve the desired response. This would mean hiking the federal funds rate considerably higher than currently anticipated. One way or another, to get inflation under control, the Fed will need to push bond yields higher and stock prices lower.”

– From an unusually candid opinion piece written by Bill Dudley, who served as the president of the Federal Reserve Bank of New York from 2009-2018. Mr. Dudley was vice-chairman of the Fed’s policy-setting Open Market Committee. Mr. Dudley’s article was titled, “If Stocks Don’t Fall, the Fed Needs to Force Them.” Read more at bit.ly/3KnuTIK.

“While the average lead time from the first [bond-yield curve] inversion to the start of [a] recession has been 19 months, we’ve seen lead times as short as 7 months (before the 2020 recession) and as long as 35 months (before the 2001 recession). So even if past is prologue (and there’s no guarantee of that), we could be looking at a recession starting as early as November of this year or as late as March 2025 (35 months from now).”

– Money manager Charlie Bilello, writing about the recently inverted yield curve—that is, the relatively uncommon situation in which yields on short-term Treasuries exceed long-term yields. Although an inverted yield curve has been a historically strong predictor of a recession, it isn’t precise in being able to predict when a recession will begin. Read more at bit.ly/3MvCYg0.

Impending recession? Not so fast

“Actual economic data has [proven to be more positive than] estimates made by professional economic forecasters.... For now, despite high inflation, rising interest rates and geopolitical uncertainty, the economy most certainly doesn’t seem to be headed for a recession any time soon.”

– Market analyst Sam Ro in a 4/24/22 post on his Substack blog TKer. He cited statistics that paint a surprisingly strong picture of the economy—from moderate employment gains to accelerated consumer spending, and from solid manufacturing activity to continued strong demand for real estate. Read more at bit.ly/3LeSiO4.