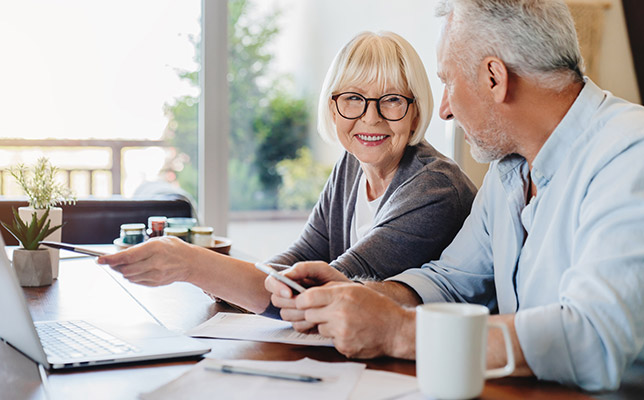 Many people spend decades preparing for retirement. They consider how much money they may need, where they’d like to live, how they plan to spend their time, and more. Still, after so much time getting ready for the final season of life, when that time finally comes, even the best prepared often find that retirement comes with a surprising number of, well, surprises. To reduce your surprise factor, here are some of the often-unexpected realities of retirement, both financial and emotional.

Will I have enough?

Much research has revealed the need for workers to better prepare financially for retirement. For example, the Employee Benefit Research Institute has conducted a long-running series of studies highlighting the disconnect between the retirement expectations of today’s workers and the actual experiences of today’s retirees. The disconnect between expectation and reality can lead to very unpleasant surprises.

An overarching conclusion is that many of today’s workers will retire sooner than they anticipate. The median age at which today’s workers expect to retire is 65, whereas the median age at which today’s retirees actually retired is 62. To be sure, some early retirees left the workforce because they found they could afford to retire sooner than expected. But many early retirees had no choice. They had to retire because of health issues — their own or those of a loved one — or because a company downsizing left them without a job.

The ongoing burden of income taxes is another area of surprise for retirees. Many regret failing to take advantage of Roth IRAs or 401(k)s. A few years ago, when Vanguard asked readers of its blog about their retirement regrets, this was one of the most common. One reader said, “In addition to being diversified in asset classes, I should have been diversified in tax types. Most of my funds are in a traditional 401k...so now everything I withdraw is taxable.”

Jim M., a recently retired SMI member, agrees. Jim and his wife are in fine shape financially, but looking back, he wishes he had chosen his employer’s Roth 401(k) instead of a traditional account. He says that would have allowed him to “pay the taxes on the seed rather than on the harvest.”

One more common surprise is the reluctance many retirees have to spend from the nest egg they worked so hard to accumulate. As a result, some retirees spend far less than they could, depriving themselves of the very activities they most looked forward to as they neared retirement. At 71, Jed Berliner told The Wall Street Journal, “I still cannot get around my 45-year-old mental block against spending retirement savings.”

Will I be enough?

David Ekerdt, a former professor of sociology and gerontology at the University of Kansas, began researching retirement in the mid-1970s. Along the way, he became editor of the four-volume Encyclopedia of Aging. If ever there was an expert on later life, it would be him. And yet, as he wrote in The Wall Street Journal, when he retired in 2020, “there was still plenty that I wasn’t prepared for.”

Since he no longer worked for the university, he no longer had access to services such as the school’s tech support should something go wrong with his computer. He also had to find space to store his files. More importantly, and more difficult to resolve, were the emotional challenges he didn’t anticipate.

For example, he now regularly faces questions about how he’s doing and what he’s doing, which can put him on the defensive. “I have had to devise an account of myself that I find appealing, even if not telling the whole picture.”

That whole picture includes wondering whether his time is well-used. He doesn’t allow himself to watch TV during the day, and yet, after decades of having a schedule to adhere to, he’s reluctant to fill his days with ongoing commitments. So far, that has caused him to resist an invitation to volunteer once a week at a botanical garden he loves. “I have two angels perched on my opposite shoulders. One whispers in my ear, ‘Relax!’ The other asks, ‘Shouldn’t you be doing something?’”

When he is out in public, Ekerdt said he’s noticed a strange new sense of self-consciousness. “Am I the oldest diner in the restaurant? In stores, are people treating me differently? Preretirement, I wore the shield of being a Working Adult, albeit with gray hair. Dropping that shield, I face membership in a new life stage, one apart from and discontinuous with the decades before.”

Less than two years removed from the working world he was a part of for such a long time, Ekerdt sounds unsettled by what he sees when he looks in from the outside.“Being away for a year or two, it is plain to me that I couldn’t tomorrow walk in, sit down and readily resume my old duties. Things have moved on, and every day the organizational knowledge and skills of a retiree like me become a little more obsolete.”

He’s viewing himself differently as well. “What is clear now is that I have arrived at a place that is further than I had imagined from the worker that I was, from the setting where I worked, and from the younger man that I had been.”

Some of the most important ways to be more financially prepared for retirement include taking the steps SMI writes about regularly. These steps include running the numbers on how much you’re likely to need and investing enough each month to get there. We also suggest holding off on taking Social Security at least until full retirement age and perhaps until age 70.

One other idea to consider is purchasing an annuity with a portion of your retirement savings. While there are pros and cons to consider, an annuity may help you avoid an overly frugal retirement. Retirees who hold more of their wealth in forms that provide guaranteed income spend much more than those who hold their wealth primarily in non-annuitized assets.

As Christ-followers, our identity is found in our relationship with Jesus. Still, even for the strongest believer, retirement marks a significant turning point. To prepare, it’s important to think not just about what we are retiring from but what we are retiring to. Our whole lives are to be lives of service and impact. Hopefully, the end of full-time paid work will mark the beginning of a new era of service — something that we find meaningful and look forward to each day.

Another way to navigate the transition is to ease into retirement. Find out if your employer will allow you to work part-time for a while as you acclimate to a life of less dependency on a paycheck and a full-time work schedule.

Lastly, develop a plan. Just as having a written investment plan during the accumulation phase of life is essential, it is important to have one for the decumulation phase. That means not just spelling out how you plan to tap financial resources, but how you plan to spend your time — how you will use your gifts and talents to make a difference for the rest of your days.

08/22/14 | Comments
What Will a “Retirement Lifestyle” Look Like for You?
By Austin Pryor