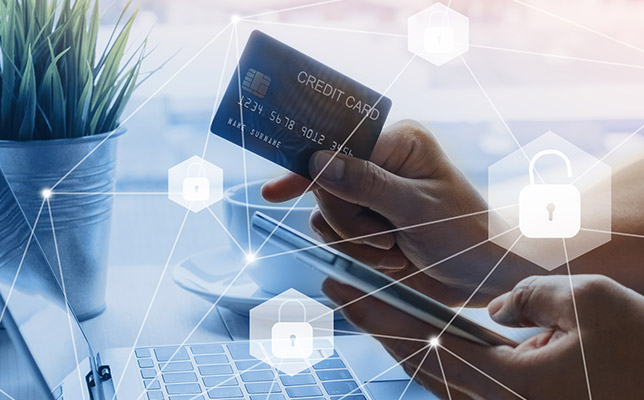 Identity theft has been surging in recent years, from less than 400,000 cases reported to the Federal Trade Commission in 2017 to nearly 1.4 million in 2020. But there is a silver lining in those statistics. One particular type of identity theft, the once common stealing of credit- or debit-card information from retail establishments, has been on the decline. That’s because of the rapid adoption of credit cards with much safer computer chip technology.

But don’t be lured into a false sense of safety. While chips offer significant advantages over the old magnetic stripes, there are still important steps cardholders need to take to protect against identity theft.

It wasn’t that long ago when headlines all-too-often announced large-scale credit- or debit-card information thefts. Customers of Target, Michael’s, Neiman Marcus, and other retailers were victimized. Some thieves hacked company databases while others installed malware on the companies’ card readers. When customers swiped their cards to make a purchase, the thieves swiped their credit card numbers, expiration dates, and other vital information stored on the cards’ magnetic stripes. These high-profile thefts left many people wondering whether it was safe to continue paying with plastic.

Today, most cards come with small computer chips that have big advantages when it comes to identity theft protection. Magnetic stripes store sensitive information that is shared every time a card is swiped. If stolen, the information could be encoded onto the magnetic stripe of a fraudulent card, which could then be used to make purchases tied to your account.

On the other hand, when you insert a chip card into a chip-card reader, or tap it on the device, a microprocessor generates a single-use code, enabling the transaction to go through. Because the information can be used only for that one transaction, stealing it would be useless.

If you have a chip card, you’ll notice that it probably also still has a magnetic stripe. That’s for use at retailers that have not yet installed chip readers. As more retailers upgrade their hardware, the magnetic stripes eventually will go away. For now, if given a choice, always choose to insert your card instead of swiping it.

Of course, if your physical card is stolen, it doesn’t matter what technology your card uses. A thief has all the information needed to make online transactions. So keep an eye on your cards and monitor your account for charges you don’t recognize. (You may want to consider reducing the number of cards you own if you have several.)

Also, avoid using public wi-fi systems, which are not secure. Entering your card information while making an online purchase over such a system makes your information vulnerable to theft.

If someone steals your Social Security number, that’s the jackpot for identity thieves because that enables them to open new accounts in your name. So, be vigilant about protecting that number and check your credit reports on a regular schedule to look for accounts you don’t recognize.

An important difference between credit and debit cards

Like most credit cards, many debit cards provide zero-liability protection. If someone steals your card and uses it to make a purchase, you won’t have to pay. However, there’s a crucial distinction between credit cards and debit cards.

In the event of a fraudulent transaction with your credit card, no money will come out of your bank account. Instead, the amount will show up on your bill. With a payment due date several weeks away, you’ll have time to dispute the charge.

Things work differently with a debit card. While some in-person transactions require the use of a personal identification number (PIN) — which provides added security — others do not, and neither do online transactions. So, if your debit card is stolen and then used for a fraudulent transaction, the money will come out of your bank account.

Filing a dispute in that case isn’t just about who’s responsible. The more immediate concern is getting the money back into your account after it’s gone, which may take several days. In the meantime, there may not be enough money in your account to pay other bills.

What about digital wallets (also known as mobile wallets), such as Apple Pay or Google Pay? Security experts say they are especially safe ways to use your credit or debit cards. After entering and verifying your name, card number, expiration date, and three- or four-digit security code into a digital wallet app, the information is stored using a process known as tokenization in which a randomized number replaces your credit card number.

If your phone is stolen and the thief is able to access your digital wallet, your vital information won’t be displayed. (To be even more vigilant, you should also learn how to lock your device remotely.)

In-person transactions with a digital wallet follow the same process as chip-card transactions, with a one-time code generated and transmitted to the retailer. In addition, you have to verify your identity via face or touch identification or by entering a passcode.

As credit card technology changes to make transactions more secure, you can be sure that thieves are devising new ways to steal your data. So, remain vigilant. Keep track of your credit and debit cards, review your statements carefully to look for transactions you don’t recognize, review your credit reports on a regular schedule to look for accounts you don’t recognize, and if you spot any suspicious activity, report it right away.

05/26/21 | Comments
How Well Protected Are Your Investment Accounts?
By Matt Bell