Home > Articles >Ordinary People Who Have a “Financial Superpower”

Ordinary People Who Have a “Financial Superpower” 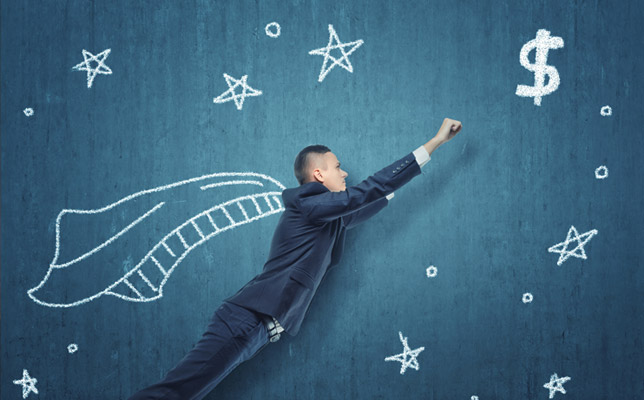 The popularity of the Marvel Universe movies (now at 23 films and counting) testifies to the public’s ongoing fascination with superheroes and superpowers. It’s fun to watch the forces of evil get their “just deserts” as a result of a hero’s high-tech metal suit or use of a mythological hammer.

All that happens in a fantasy universe, of course. But in the real world of everyday human existence, there exists a kind of financial superpower: the rare ability to save/invest an outsized portion of one’s income — specifically, 20% or more (as defined by a recent study from TD Ameritrade). That’s at least two-and-half times greater than the national 7.9% “personal savings rate” (which includes retirement investing) calculated by the U.S. Bureau of Economic Analysis.

Being a “super saver” won’t help protect the Earth against evil aliens, of course. Still, substantial savings (and that includes retirement investments) can guard against personal financial disaster and help meet long-term goals.

Unfortunately, many households don’t save adequately. A recent “Report on the Economic Well-Being of U.S. Households” issued by the Federal Reserve noted that nearly 40% of adults wouldn’t have adequate cash on hand to cover a $400 emergency expense.

So who are these “super savers” and how are they able to set aside so much more than everyone else? What can we learn from them? (We should point out that we’re certainly not encouraging hoarding, but only a healthy level saving to meet future needs.)

To identify “super savers,” and to figure out how their spending and lifestyle patterns differ from others, brokerage firm TD Ameritrade hired The Harris Poll in late 2018 to survey about 1,500 people aged 45 and older who had amassed at least $250,000 in investable assets. (In other words, the survey group wasn’t a cross-section of the general population. It consisted of people reasonably well off.) Of the total group in The Harris Poll survey, 1 in 5 met the profile of “super savers” — i.e., saving/investing 20% of their after-tax income.

The findings from the TD Ameritrade/Harris Poll study seem to be borne out by super savers among SMI’s readership. We recently asked SMI members who save/invest more than 20% of their after-tax income to get in touch with us so that we could ask about their spending-and-lifestyle patterns. We received more responses than we can include here, but below is a sample of what they told us. (To respect the privacy of our respondents, we’re using first names only.)

Our super-saver respondents have a variety of situations: married and single, single-income and dual-income, young couples with children at home and older empty nesters, some who started “super saving” early and others who started much later. The common denominator is that all have found ways to keep their ongoing costs low, especially in the area of housing. By living modestly and frugally, they’re able to save at a high level.

Several of our respondents also stressed that their low-cost lifestyles enable them to give generously and to have enough money to spend on vacations and other family experiences that create fond memories.

02/25/15 | Comments
How Much Emergency Savings Do You Really Need?
By Matt Bell