Home > Articles >Non-Cash Donations: Worth More in Tax Savings Than You Might Think!

Non-Cash Donations: Worth More in Tax Savings Than You Might Think! 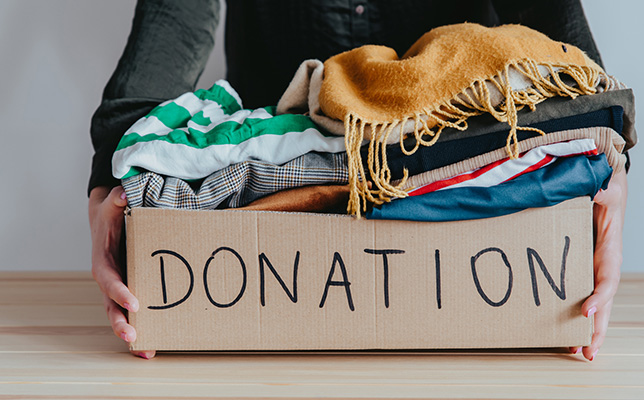 In 1917, members of Congress worried that a tax increase imposed to fund America’s involvement in World War I might prompt people to cut back on charitable donations. So, along with the increase, Congress created a tax deduction for giving. More than 100 years later, it’s still with us.

Although the doubling of the standard deduction in 2018 has reduced the number of taxpayers who itemize their deductions, a healthy number still do. If you’re among them, this article is for you. It’s easy, of course, to value the contributions you make by cash, check, or credit card. But what about non-cash donations? How much is that Reagan-era suit worth? Or that treadmill gathering dust in the basement? Quite possibly, more than you realize.

On their websites, both the Salvation Army and Goodwill provide guides for donated items. Unfortunately, the sites contain a very limited number of items. As for value, the Salvation Army lists a range of prices, advising people to simply “choose a value within this range that reflects your item’s relative age and quality.” Goodwill, in contrast, assigns a specific valuation per item, noting that it assumes all donated items are in good condition.

For example, while the Salvation Army says a woman’s dress is worth anywhere from $4 to $20, Goodwill puts the value at $7. A computer system? The Salvation Army offers a range of $104 to $417—without any more specific guidance. (Is one brand worth more than another? What about memory, processor speed, or screen size?) As for Goodwill, it suggests valuing any desktop computer at $150.

There’s an app for that

Fortunately, thrift-store websites are not your only option. Some tax preparation software packages, including TurboTax and H&R Block, include detailed tools for valuing non-cash donations. The TurboTax tool, ItsDeductible, is particularly helpful—and you don’t need to be a TurboTax user to gain access to it from your computer, tablet, or smartphone (iOS devices only). You will need to set up an account, but there is no cost.

Valuations for the more than 10,000 items in the ItsDeductible database are determined by analyzing eBay transactions. To determine the value of an item you’re giving away, you first enter the name of the charity and the date of the donation. Then you choose from 22 major categories, each of which splits into numerous sub-categories.

To return to our earlier example, if you’re donating a woman’s dress, you start with the “Clothing, Footwear & Accessories” category, choose “Women’s Clothing,” and then choose among six more specific options. After selecting the one that best describes your item, you make a judgment call as to whether it’s of “medium value” or “high value.”

If you’re donating a computer, ItsDeductible gives you a choice between PC or Apple, and laptop or desktop. It even asks you to note the computer’s processor speed, and again, whether it’s of medium or high value.

Another helpful feature of ItsDeductible is that it can keep a running tally of your donations made throughout the year, as well as projected tax savings based on your tax bracket. You can view and print summaries of your donations or import the data directly into TurboTax Deluxe.

Which approach is best?

In an SMI comparison of a handful of items, Goodwill tended to have the lowest valuations while the Salvation Army had the highest. ItsDeductible provided valuations for the most items and in the most detail. Depending on how many non-cash contributions you make and how much time you’re willing to put into this, you may want to compare prices between the Salvation Army guide and ItsDeductible. You could also double-check eBay for the prices of items similar to what you’re donating. Let’s say you’re giving away a Monopoly board game. The Salvation Army puts the value of a board game at just $1 to $3 while ItsDeductible puts it at $5 to $6, but you’ll find much higher prices on eBay. Just be sure to take a screenshot so you have a record that supports the value you used.

No matter which approach you take, the ultimate valuation standard you’re up against is the IRS definition of fair-market value: “The price that would be agreed on between a willing buyer and a willing seller, with neither being required to act, and both having reasonable knowledge of the relevant facts” (see IRS Publication 561).

That’s a somewhat subjective standard, so using a valuation guide can help legitimize how you valued your donated items should the IRS ever challenge your deductions. Also, always get a receipt from the charity, and it’s a good idea to take photos of donated items as well.

If the value of all your non-cash donations for the year comes to $500 or less, you can enter that amount on Schedule A. If the total is over $500, you have to file Form 8283. If any one item is valued at more than $5,000, you’ll need a formal appraisal (unless it was a publicly traded security). There are special rules that apply to donated vehicles, which you can read about in IRS Publication 4303.

Chances are good that the items you donate are worth more than you think, and with several easy-to-use valuation tools freely available, there’s no reason not to claim the full, fair value on your tax return.