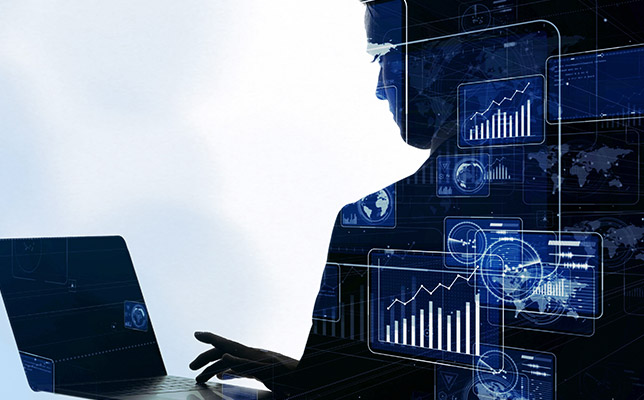 [A] popular valuation metric designed by Nobel laureate economics professor Robert Shiller...compares U.S. stock prices to the average inflation-adjusted corporate profits over a rolling 10-year period, and is therefore a decent measure of longer-term shifts in valuations. The Shiller ratio currently stands at 37.2 times, up from 26 times a year ago and a level only exceeded at the peak of the dotcom bubble. Other markets are less extreme, but virtually every major [stock exchange] is looking pricey....

In another sign of euphoria, equity funds globally have attracted $569 [billion] in the past five months. That is more than the past 12 years combined, Bank of America notes. There has even been an eerie echo of the [famous 18th century] South Sea Bubble in the recent SPAC boom — “special purpose acquisition companies” that are essentially just listed cash shells for financiers to use to buy other companies.

Perhaps the wildest example of pure froth is Dogecoin, a meme-based crypto asset started entirely as a joke. The overall value of its “coins” earlier this month spiked to a high of over $50 [billion], making it more valuable than carmaker Ford or hotel operator Marriott.

The much bigger Bitcoin market is now worth over $1 [trillion], more than all listed U.S. banks combined, and when Coinbase, a crypto exchange, floated in mid-April it was valued at $76 [billion], nearly three times the value of Nasdaq, the once-upstart exchange that it listed on.

“It’s very difficult not to be nervous,” admits Richard Buxton, a veteran UK equity manager at Jupiter Asset Management. “It’s classic stuff that after a correction we’ll look back and say the signs were all there.”

That said, investment managers and analysts stress that it is also difficult to be too gloomy about the stock market outlook. The whiff of ebullience is unsettling, but many struggle to see what could deflate the mood.

The global economy is expected to enjoy its biggest boom in generations in 2021-22. While millions of poorer people have lost their jobs and spent their savings, many better-off people in the wealthier world have been shielded from the financial impact. They will soon emerge from lockdowns inoculated, flush with savings and desperate for something other than Netflix and Zoom calls.

Fiscal and monetary stimulus since COVID-19 emerged now totals about $20 [trillion], according to JPMorgan Asset Management. With central banks promising to keep interest rates pinned near zero — or in some cases below that — for years to come, bond yields are likely to remain subdued, leaving equities as pretty much the only viable way for savers to generate above-inflation returns.

SIGHTING: Biden Focuses on Capital-Gains Taxes as He Seeks Money for Social Programs

Democrats argue for taxing wealth like work, seeking to equalize the top rates on capital income and labor. Such a move would disadvantage taxable investors at the top of the income scale who would face a 43.4% marginal tax rate on gains....

Republicans and their allies warn that stock prices and business investment could suffer, particularly if these tax changes come atop the corporate tax increases Mr. Biden has also proposed to pay for infrastructure spending. “Everybody gets hurt in these policies. They’re not pro-growth,” said Rep. Mike Kelly (R., Pa.). “It starts at the top and works its way through the whole economy.”

As is the case on many issues with a 50-50 Senate and a closely divided House, centrist Democrats will have significant say in shaping Mr. Biden’s tax proposals.... Rep. Don Beyer (D., Va.) said earlier this month that raising rates on capital gains while at the same time changing the tax rules for assets held until death could be difficult for some families....

If Mr. Biden and the Democrats are successful, the resulting changes would upend investment planning for high-income households and make it more difficult for business owners to pass assets to their children.

Currently, ordinary income such as wages or business profits is taxed at a top rate of 37%, while capital gains have a top rate of 20%. Both types of income are potentially subject to another 3.8%, either in payroll or investment taxes. That yields combined rates today of 40.8% on wages and 23.8% on capital gains, plus state taxes...

The preferential rates on capital gains have several purposes. One is a rough way to adjust for inflation, because taxes apply on the nominal increase in assets — some or much of which is just inflationary gain for long-held assets.... Another reason is to encourage investment, and to discourage people from holding on to assets for tax reasons....

Capital gains are highly concentrated among the highest-income households — those who own a significant share of stock, as well as business owners.... The capital-gains rates don’t apply directly to tax-preferred retirement accounts such as 401(k) plans — though declines in stock prices would affect them.