How to Keep Dancing With One Eye on the Door 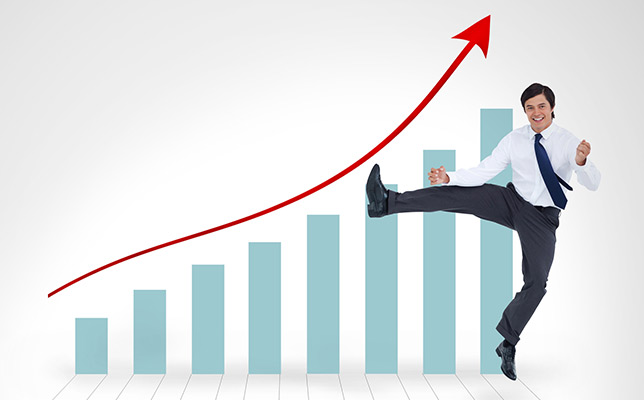 “When the music stops, in terms of liquidity, things will be complicated. But as long as the music is playing, you’ve got to get up and dance. We’re still dancing.” – Chuck Prince, ex-CEO of Citigroup, July 2007

There seems to be something about market highs that makes people want to dance. Or at least talk about dancing.

Twenty years ago, near the end of the dot-com stock market bubble, Warren Buffett likened the state of the market to Cinderella’s Ball in his annual shareholder letter. He wrote that investors — despite knowing that “overstaying the festivities...will eventually bring on pumpkins and mice” — nonetheless refused to leave the party until just seconds before midnight. He concluded, “There’s a problem, though: They are dancing in a room in which the clocks have no hands.”

Fast forward to the period just prior to the housing bubble bursting in 2007 and we find the quote atop this article. In words that sound eerily familiar to today’s Fed-liquidity driven market, then-Citigroup CEO Chuck Prince uttered his infamous explanation of why his bank continued to lend aggressively despite obviously risky conditions.

It didn’t age well: just four months later, Prince was forced to resign because of massive losses from the bank’s mortgage holdings. Within a year, the whole global financial system would be engulfed in the flames of the subprime mortgage crisis.

For the last nine years, central banks drove interest rates to nil and pumped money into the system creating favorable carries and abundant cash.... That era is ending.

[The central bankers will now] try to tighten at paces that are exactly right in order to keep growth and inflation neither too hot nor too cold, until they don’t get it right and we have our next downturn. Recognizing that, our responsibility now is to keep dancing but closer to the exit and with a sharp eye on the tea leaves.

Dalio was exactly right. As 2018 drew to a close, the Fed had taken eight baby steps toward higher, normalized interest rates. The ninth hike, in December 2018, would prove too much, sparking an immediate stock market correction of nearly –20% and intensifying concern over a global economic recession that has only recently begun to abate — as a direct result of the Fed reverting to spiking the punchbowl!

These quotes illustrate how market risks can rise to a point where it becomes uncomfortable to continue investing, even for top professionals. A few, like Buffett, simply refuse to play in that environment and wait it out. That’s easier to do when you’re already a billionaire; it’s not a practical option for most investors. Others, like Prince in 2007, ignore the growing risks and carry on unphased. While history looks unkindly on Prince, this is exactly what many index-fund investors are doing today, whether they realize it or not.

The last option is to follow Dalio’s approach: continue to invest, but make adjustments to account for the higher-risk environment. Sounds great, but how should a person actually go about doing that?

SMI’s approach to “dancing with one eye on the door” begins with the underlying construction of our strategies. All of them, other than Just-the-Basics, are trend-following strategies (and trend-following defensive signals can also be applied to JtB, if desired). This means we can have confidence the SMI strategies will never stay on the wrong side of the market’s dominant trend for long. When the market is moving sharply higher, as it did last year, SMI’s strategies will keep us dancing. But when the market weakens, they will force us to become more conservative (and in some cases, exit stocks altogether).

The past 18 months provide an extreme illustration of this concept in action. When the market dropped sharply at the end of 2018, our strategies responded by rapidly becoming more conservative. As we discuss in our 2019 Year In Review, that shift “cost” us additional gains last year, because the correction didn’t morph into a full-blown bear market — this time. If it had, our strategies were already positioned to stop the bleeding. When the market trend abruptly shifted higher, our strategies followed suit and still managed to post strong gains in 2019.

The most important step to take as market risk increases is to make sure your blend of SMI’s strategies (and overall portfolio stock/bond allocations) are appropriate. If they are, you can continue investing with confidence, knowing your portfolio won’t stay on the wrong side of the market’s trend for long. Given that no one ever knows what the market will do next, that’s reassuring.