How SMI Strategies Put the Best Team on the Field 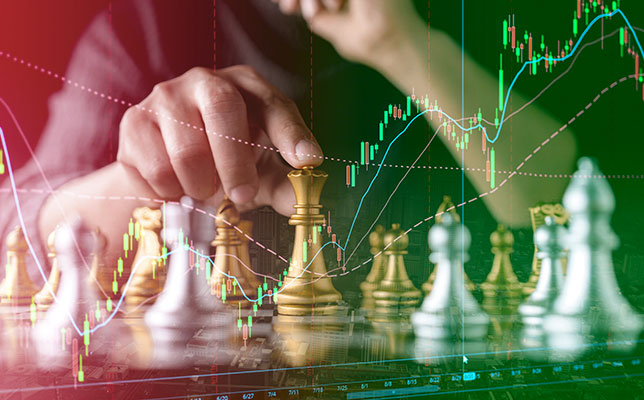 Balancing the competing goals of growing capital while also defending against losses is perhaps the most challenging aspect of investing.
It’s easy to assemble a portfolio that will earn big gains in a bull market environment, just as it is easy to build a defensive portfolio to withstand a bear market. But constructing a portfolio that can successfully navigate both environments? That’s hard.

Hedge fund manager Diego Parilla uses a sports analogy to describe this balancing act within a portfolio. Being based in Madrid, naturally his analogy is to soccer, with the picture being a balance between “strikers” who can score goals on offense, and goalies who protect the portfolio on defense.

Putting a more North American spin on this analogy may improve its usefulness for SMI investors. Unlike most other sports, in ice hockey, the penalty system provides huge temporary advantages to one team’s offense vs. the other team’s defense. When certain penalties are called in hockey, a player has to leave the ice for a period of time. This means that the normal balance of three offensive players and two defenders (plus a goalie) on each team is altered, and a “power play” results where the game effectively becomes five players against four (the advantage/disadvantage can be even more extreme if multiple players are penalized at the same time).

The way hockey teams deal with these potentially advantageous (when the other team is short-handed) or dangerous (when their team is down a player) periods is to have different lineups (called “shifts”) that excel in particular aspects of the game. When the other team loses a player and the game balance temporarily shifts to offense for their team — boom, in comes the power- play shift that specializes in offense and scoring goals. On the other hand, when their own team loses a player, they’ll put in their penalty-killing shift to emphasize defense and try to keep the other team from scoring.

Of course, the penalty-killing team will go ahead and score if given the opportunity. But success for that shift isn’t measured in goals scored. Rather, if the penalty-killing team can just keep the score from changing over the duration of the penalty time, the crowd will cheer like crazy, because they know playing great defense during those specific periods is just as important to winning the game as scoring goals is when the advantage shifts to their team.

Offense and defense in SMI portfolios

While many investors keep the same lineup on the ice in both bull and bear markets, the SMI strategies approach it more like a hockey team. When the environment is geared toward offense and “scoring goals,” the momentum basis of our Upgrading and Dynamic Asset Allocation (DAA) strategies tilts our holdings to favor more aggressive asset classes and funds that can generate big gains. In contrast, when the market environment turns dangerous during a bear market, the strategies tell us it’s time to take some goal-scoring potential off the ice in favor of playing better defense. Both are important to our long-term success. (An argument can be made that good defense is even more important than offense, given the cruel math of investing which requires a larger gain to recover from a loss of a given size. For example, it takes a +33% gain to recover from a -25% loss.)

Even during long bull markets, Upgrading and DAA are constantly making gradual, often subtle, shifts between more/less risky holdings. But when bear markets come along, the full “line shifts” come into play.

This has been evident in 2020, as DAA had its full penalty-killing lineup on the ice just eight trading sessions after the February 19 all-time high in stocks. Its lineup at that point consisted of Gold, Bonds, and Cash — perfect for running out the bear market penalty clock. Upgrading was a bit slower to respond, by design, but gradually it too pulled roughly half of its “offense” off the field in favor of the defensive value of cash.

Unlike in hockey, however, there’s no penalty clock that signals exactly when bull and bear markets start and stop. The trick then, is developing systems that will reliably shift our lineup from offense to defense and back again, without staying too long with the wrong lineup.

So far in 2020, the SMI lineup has done a pretty good job identifying the shift from bull market to bear and getting more defensive. The shift back toward a more offensive lineup took its first tentative step at the beginning of June, but was looking rather slow to respond until the stock market suddenly fell -6% on June 11. That was a strong reminder of the risk involved with shifting too quickly back to an offensively oriented portfolio.

These transitions can be trying and require patience. But as much as a hockey team might want to score more goals, it’s not smart to put an offensive lineup back on the ice until the full penalty period is over. In investing terms, our strategies are designed to try to build in a margin of safety before making these transitions, and even after those transitions do begin, to make it fairly easy to switch back if market conditions dictate.

We continue to believe that serious risks to the market remain in the second half of 2020. A second coronavirus wave remains a possibility, and the economic recovery could easily fall short of a full rebound to pre-COVID-19 levels. Topping off these risks are the certainty of a heated presidential election and the potential for significant political changes ahead.

Of course, lined up against these risks remains the formidable government and central-bank support to the market. Investors have been conditioned over the past dozen years to believe central bank liquidity can offset any and all threats to financial markets. Time will tell if they can pull it off again.

Of course, SMI doesn’t determine its portfolio construction based on our predictions for the future. Rather, we let the market tell the story and interpret the actual data through our momentum-based strategies. Keep in mind that this is more of a process than an event. In other words, this process could result in switching two defenders for offensive players, then switching one back, then adding more offense, then tilting back toward defense again, and so on. There’s no guarantee this is going to be a straight-line process. (Read an explanation of the Stock Upgrading changes, or lack of changes, happening for July.)

The hockey analogy is helpful in considering that possibility. The market environment in 2020 has been high risk, and we believe that it remains so, despite the significant recovery in stock prices. Until our momentum indicators suggest this bear market “penalty period” is over, we’re willing to forgo scoring more goals in favor of playing good defense.

“Risk happens fast” is a market saying that describes the sudden changes that can occur anytime but are especially common during bear markets. SMI’s strategies are focused on getting the longer-term trends right, a perspective that makes sense given that bull markets tend to be long and bear periods relatively short in comparison. We don’t have to rush to call the end of a bear market — at the risk of being wrong and suffering significant losses — because new bull markets typically last for years.

Week-to-week, and even month-to-month, following the SMI strategies occasionally can be frustrating, as they sometimes feel “out of sync” with whatever is happening in the market. But over the long-term, SMI’s approach of following trends — rather than trying to predict them — has proven safe and effective. Sometimes following trends means we have to deal with whipsaws as the system distinguishes the important longer-term signals from the market’s short-term noise. But SMI’s version of an “all-weather portfolio,” with mechanisms for lineup changes built right into the fabric of the strategies, can be relied upon to steer investors through whatever storms the markets may generate.

Over the past 30 years, we’ve demonstrated that our approach to ferreting out lasting trends and riding them to significant gains, while keeping losses firmly in check, is an outstanding combination. Importantly, it’s an approach that manages investor emotions along with their portfolios, providing a stable basis for long-term success.