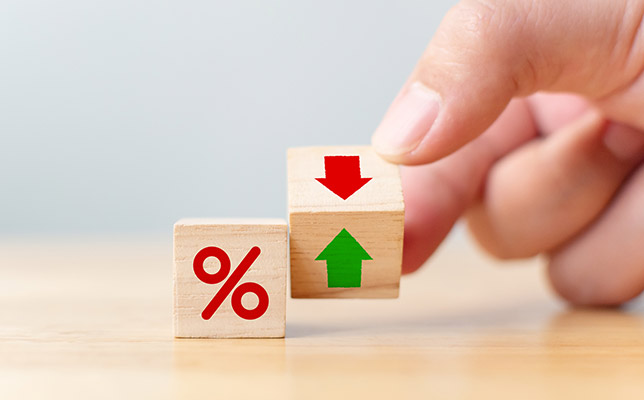 Over the past several years, one of the strongest arguments in favor of owning stocks — despite their soaring valuations — has been the TINA explanation: “There is no alternative.” In other words, in a world in which central bankers have pushed interest rates so low (and held them there), the only hope investors have had of earning reasonable returns has been to increase risk by owning more stocks.

The TINA rationale has been at the forefront of the huge surge in stock prices since last March’s lows. But two recent events have started to change the narrative:

These developments had an immediate and powerful impact on bond yields, sending longer-term interest rates markedly higher. The 10-year Treasury bond yield was just 0.78% on November 4, the day after Election Day. In just over three months, it has shot up to 1.50% and shows no signs of slowing its ascent. If anything, the pace of the increase has been accelerating.

This makes sense on two levels. First, a higher level of economic growth is naturally supportive of higher interest rates. Another way of saying this is that rates were at such incredibly low levels only because of the dire situation facing the economy a year ago. As that improves, higher rates should be expected.

The second reason is more potentially problematic. Simply put, the more the government borrows, the greater the supply of new Treasury debt available. Like any supply/demand dynamic, as supply increases, prices tend to decline. And when bond prices decline, yields rise.

So not only is more government spending supportive of higher interest rates in the short-term via the direct interjection of stimulus into the economy, the borrowing that enables that spending tends to exert upward pressure on rates.

To a certain point, this is all well and good. Given the incredibly low starting point of interest rates post-crisis, it’s no surprise that rates would rise given the improving prospect of economic growth. But at some point, rising rates can upset the apple cart. Many past stock market advances have faltered as a result of higher interest rates. Although the Fed has stated it has no intention of raising the short-term interest rates that they control directly, higher long-term rates (which are less directly under the Fed’s control) can also exert a “tightening” effect on economic activity.

There’s also the impact that higher interest rates have on investor decisions. An investor who opted for stocks over bonds when the 10-year Treasury was yielding 0.52% (as it did last August), might rethink that decision if rates continue to climb significantly higher. We’ve seen this dynamic at work in a big way in investor sentiment toward gold, which yields nothing. And commodities, which we added to SMI’s Upgrading mix in January, have been red hot, reflecting the inflationary dynamic bubbling up across the investment spectrum.

However, there is an offsetting dynamic to keep an eye on in terms of the relationship between stocks and bonds as rates rise. While higher rates make bonds more attractive relative to stocks in an absolute sense, anyone who already owns bonds while rates are rising is likely to incur losses. Bond investors have had a declining rates tailwind for nearly 40 years. The massive bond allocations that have built up as a result are likely to be money-losers for as long as interest rates continue to rise. It’s not unreasonable to think some investors may re-think their large bond allocations if they become convinced the rising rate dynamic will persist.

Rising interest rates affect virtually all corners of the investing landscape, which is why they have become such a focal point in 2021. We want you to understand the forces moving the markets, but what you should do remains the same: continue following your plan and SMI’s guidance. This month, we profile a new way to protect against rising interest rates. And we have a new fund recommendation for Bond Upgraders.

01/28/15 | Comments
Find Bonds Confusing? Here Are the Basics You Need to Know
By Austin Pryor