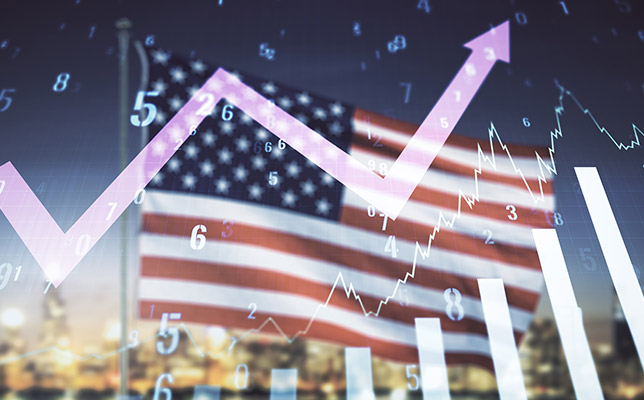 Investors have had to navigate a series of huge plot twists over the past year. We're all familiar with them, so there's no need to go through them all yet again. Still, the speed and magnitude of the changes have been such that it's helpful to occasionally step back and assess where things currently stand.

It's been a year since the COVID shutdowns began, five months since the positive vaccine news re-ignited the U.S. stock market, and roughly three months since vaccines started being administered (in size) here in the U.S.

It's easy to get caught up in the various narratives around each of these subjects and lose sight of what they mean to us as investors. We try not to let narratives influence our investing decisions, so instead let's quickly run through a number of data points that clearly indicate where the U.S. economic recovery stands. Then we'll tackle the more difficult task of trying to interpret what this data means to our investments over the months ahead.

First, a quick review to help orient any newer readers. The type of analysis that follows plays a very minor role in SMI's investment decisions. Those are determined primarily by the mechanical processes that govern each individual SMI strategy. Our strategies tend to be trend-following, rather than predictive. However, the type of "big picture framing" this article is attempting can be useful at the margins for investors who are making decisions about putting new money to work in the markets, taking money out of the markets for significant purchases, etc. Plus we've found over the past three decades that members weather the market's ups and downs better when they have some idea of where things stand and what may be ahead. In other words, when the market's latest gyration isn't hitting them as a total surprise.

So to be clear, we're not suggesting anyone go out and make big changes based on anything written here. This is more to add understanding and color regarding the environment we're operating in. Given that no one alive today has invested through conditions quite like today's, you should take all of this as an evolving "best-effort" to figure this out in real-time. Anyone who actually thinks they know exactly what the economy and markets will do next is kidding themselves (and you).

The way we've been sizing up the big picture since the vaccine news in November has been this: A series of easy year-over-year (as well as month-over-month and quarter-over-quarter) economic and market comparisons, coupled with a broad economic re-opening and massive government/central bank support, would culminate in eye-popping economic data in the first half of this year. As the March data has started to roll in, that is no longer a hypothetical future possibility. It's happening now.

Bottom-line: the huge economic acceleration we've been expecting to occur is now clearly showing up in the data.

There's no reason to believe this is the peak, either. We're only seven days into 2021's second quarter and won't even get our first second-quarter data point (April) until a month from now. So it's reasonable to expect at least a couple — and maybe several — more months, of impressive economic data.

Translating this to markets

That's the good news. But the economy does not equal the stock market. It's natural to think that a booming economy is going to be great for stocks, however it's important to recognize that stocks have been pricing in this economic re-opening for many months already. A closer look at the data reveals that stocks typically bottom when the type of economic data listed above is at its worst (i.e., a year ago) and, if not peak, at least tend to provide more middling performance when we hit the type of extreme highs we're starting to see now.

We've been expecting that the scope of these economic headlines was going to be so impressive that it would positively surprise investors even though everyone is sorta, kinda expecting it. That's exactly what we're seeing so far and it's reason to believe the stock market could have some upside left.

Unfortunately, all good things (in this life) must come to an end eventually, and those who have been reading along as we've been trying to figure out the most likely path will also remember that I've been concerned about what happens after this great second quarter. It seems reasonably likely that as we move into the second half of this year, all these year-over-year, month-over-month, and quarter-over-quarter comparisons start looking poor relative to the great second-quarter numbers (given that the recent numbers from the first half of 2021 were so good), the still-significant unemployment numbers start to look like a permanent overhang, and there's no obvious optimistic story about what propels stocks higher (as there still is today with the economic re-opening).

After the epic growth numbers we're likely to see in the second quarter, even solid growth numbers in the third quarter may look weak in comparison. And that pattern probably will grow stronger as we move through year-end and into 2022.

Crucially, the financial markets are always forward-looking and will front-run this. The stock market has been at least a quarter ahead of each economic step over the last year. The market crashed during the first quarter of 2020 when the economy didn't shut down until Q2, then the market rallied strongly in Q2 when the economy wouldn't re-open at all until Q3/4, etc.

All of this is why I've been expecting some type of correction for stocks this summer. Timing the market isn't our game, so whether this turns out to be an April event, vs. July or September, is anyone's guess. Just as the market has been responding positively to the "good economic surprises" rolling in now, it could easily respond negatively if this transitions to "negative economic surprises" later in the year. There's little question in my mind that's going to happen, as the current economic data is already near "best ever" type readings on many of these indicators. Going from "best ever" to "normal" is going to feel like a letdown. While it's relatively easy to create reasonable expectations regarding when the economic data will roll over, it's impossible to know exactly when the market is going to start pricing in that less favorable scenario.

Interestingly, we may have a canary in the coal mine to offer clues as to what's ahead. At the same time the U.S. has been putting up these surprisingly positive economic reports, China has started posting declining economic data.

This seems potentially significant, as the pattern over the last year has broadly been China first, U.S. second, Europe third. That was the rough order of the actual COVID outbreak, the order of the economic shutdown, then re-opening. China (and Asia more broadly) saw their stock market "re-opening" breakout occur before the U.S. market took off in November. So it's been interesting to see China's stock market struggle so far in 2021 — it's down overall for the year so far, after a -9.2% correction in Feb/March.

We don't want to read too much into that at this point, given U.S. tech and small-company stocks have each corrected -10% already in 2021 as well. It's more the pattern that has me paying attention. China first, U.S. second, then Europe third. At the same time that China may be giving us a preview of the post-re-opening stock correction, we're seeing Europe experiencing their own "re-opening anticipation" stock surge (similar to what the U.S. had from Nov-Feb), with Germany, France, and Italy all experiencing +6-9% growth in their stock markets during March.

(Incidentally, both sides of this China-down, Europe-up dynamic contributed to the rationale behind SMI's "not yet" stance regarding favoring Emerging Markets stocks over Developed International markets in DAA this month. There's little reason to take on more risk in Emerging Markets when Europe is performing so well right now.)

The huge wild card in all of this is the massive support being provided by the government and the Fed (as well as their counterparts around the globe). All of this would be hard enough to decipher without the potential that our measuring stick (the value of the dollar and other fiat currencies) is being recalibrated in real-time. Under normal conditions (meaning a stable dollar), it could be that we'd see some type of significant market correction at the end of a period such as we've had the past year. While that's certainly still possible, it's also possible that the revalued currency blunts the obvious impact of that somewhat. In other words, rather than falling -20% in stable currency terms, perhaps the market only corrects -10% in devalued currency terms? I'm pulling those decline percentages out of thin air, but it's interesting to note that following the huge 2007-2009 bear market, stocks rallied for a year before correcting roughly -20% in the summer of 2010 (and would do so again in the summer of 2011).

Whether this "devalued currency" aspect factors in at all, and if so to what degree, are giant unknowns. All of this is an exercise in what might be, rather than what will be. So treat it as such and approach your own investing expectations with a substantial dose of humility. We've experienced a year of tremendous gains since the March 2020 lows. We have to respect the possibility that the wave of global liquidity unleashed by the world's governments and central banks could push asset prices of all types higher and for longer than any of us imagine. But on the other hand, we've just discussed why some sort of market correction seems likely in the months ahead. Given the uncertainty surrounding all of the economic and market variables, that correction could realistically start any time, even if it seems more likely to be a summer event.

So as always, SMI's counsel remains to follow your plan. Don't take more risk than you need to in order to hit your financial goals. Exercise the wisdom to show restraint. This isn't a call to get massively bearish, as the liquidity trends driving the market higher aren't likely to go away any time soon. But we don't want you to be unaware of the potential that this market could easily experience a significant correction in the months ahead.

Investors may be forced to play an uncomfortable game of protecting their purchasing power by continuing to play offense with one hand while keeping an eye on possible market downside and playing defense on the other. No one said this was going to be easy, but we'll be here to walk through it with you however it unfolds!

03/26/21 | Comments
Is it Time to Reduce Your Investment Risk?
By Joseph Slife