The Dow Jones Industrial Average finally broke through the 20,000 mark this morning, after flirting with that level for over a month. That makes now as good a time as ever to take a closer look at this quirky index, as well as to examine if this milestone has any particular significance for investors. 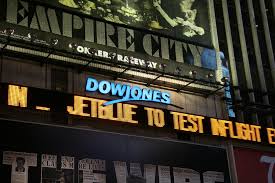 Still, 20,000 is a particularly big, shiny number. That in and of itself can be attention-grabbing, particularly for retail investors. And especially so given the pre-election narrative that a Trump victory would be bad for stocks. This serves as a fairly powerful statement that things aren't falling apart — in fact, stocks have just reached all-time highs.

Continuing on the emotional/psychological theme, the fact the latest 1,000 point surge happened in just 64 days, does speak to the strength of the market's recent surge. The Dow is now up 9.1% in just 78 days since the election. Given that big milestone levels often take a lot of energy to break through (they tend to act as ceilings), it will be interesting to watch what comes next. If the Dow can continue to advance, it will indicate the rally may have further to go. So in that sense, any significance derives less from the 20,000 level itself than what happens now that the market has finally broken through.

But before we get too far down the "what does it mean?" trail, it's important to recognize that the Dow is an odd bird. It is likely the most recognized stock market index by virtue of its age, having been around since 1896. But it's also a relic of that earlier era, a time when stock indices needed to be calculated daily with a pencil and paper. As a result, its construction leaves much to be desired in terms of the Dow's relevance to the modern economy and stock market.

Barron's ran a cover story on the Dow several weeks ago, in which they pointed out that the advance of a single stock, Goldman Sachs, was responsible for roughly one-third of the Dow's post-election surge. That's possible because the Dow is price-weighted, whereas most modern stock market indices are market-capitalization weighted. This means that the Dow weights companies based on their stock prices, giving much more influence to stocks with high prices. In contrast, most other indices weight companies based on the total value of each company, so that bigger companies have more influence, regardless of the price the stock trades at.

The Dow formula is simple: add the prices of all 30 stocks and multipy by 6.85. Again, this stems from the Dow's origins as a pencil and paper index 120 years ago. As Barron's noted:

The Dow remains a quirky index that is structured like few others. Reflecting its origins in a paper-and-pencil era, the DJIA is calculated simply based on the stock prices of its 30 components. Each one-point change in a Dow stock results in a shift of 6.85 points in the index. Goldman now is the most important company in the Dow because it trades at $241—even though, based on market value, it’s the 40th largest U.S. company.

The price weighting is one of the main knocks against the Dow. It means the world’s most valuable company, Apple (recent price: $113), is less influential than the Dow member with the lowest stock-market capitalization, Travelers ($119). Also, the lower-priced stocks in the index— Cisco Systems (CSCO), Pfizer, General Electric (GE), Intel, and Coca-Cola (KO)—are largely irrelevant. GE would have to nearly triple to match the impact of Goldman on the Dow this year.

That price-weighting oddity has led to problems in terms of the Dow properly reflecting the broad market and economy:

Thanks to the Dow’s price weighting, it’s difficult to add very high-priced stocks. Google parent Alphabet (GOOG), at $789, and Amazon, at $768, each would account for over 20% of the index. S&P Dow Jones tries to keep any component at less than a 10% weighting. Goldman is at 8%.

The S&P 500, like most indexes, is weighted by the market value of its components. Only three of the seven largest issues in the S&P 500—Apple, Alphabet, Microsoft, Berkshire Hathaway (BRK.B), Exxon Mobil (XOM), Amazon, and Facebook—are in the Dow. And none of the DJIA’s most important stocks—Goldman, 3M (MMM), UnitedHealth, Boeing (BA) and Home Depot—crack the top 25 of the S&P 500 index.

Given these short-comings, it's no surprise that the Dow's influence has declined in recent decades, while other indices like the S&P 500 have increased. For more on alternative indexes and the roles they fill, see Stock Indexes: Taking the Measure of the Market, from SMI's October 2016 newsletter.

09/28/16 | Comments
Stock Indexes: Taking the Measure of the Market
By Mark Biller