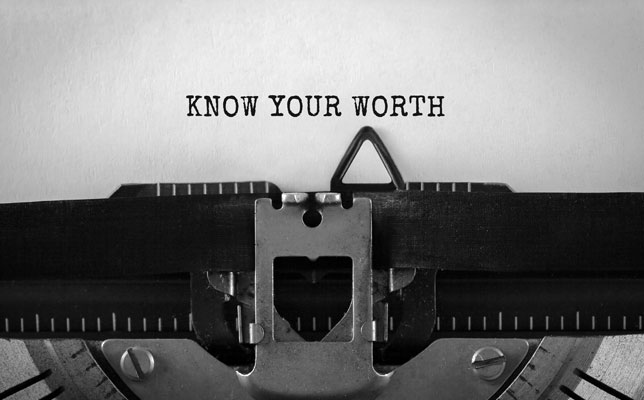 “Dad, today I bought all these baseball cards at the flea market for $15 and my catalog says they’re worth $25! I’ve already made $10!”

Have you ever tried explaining to your children that a thing is worth only what someone is willing to pay for it? And that unless they intend to become dealers in baseball cards, it’s highly unlikely they will even be able to get their $15 back, let alone gain $10 in profits? My boys inevitably brushed off such explanations as being naive and out-of-touch with the financial realities governing baseball cards (or stamps, comic books, etc.), which apparently are exempt from the normal rules governing commerce. The fact that I had a college degree in economics and was a registered investment adviser carried no weight whatsoever. They regarded me with a kind of bemused tolerance (“Dad means well.”)

Children aren’t the only ones who sometimes have a difficult time with the concept of worth. Grown-ups were the ones who came up with the “greater fool” theory (even if you are a fool to pay too much for an investment, it’s okay because you expect to find a greater fool who will overpay even more). The classic example was the early seventeenth-century Dutch frenzy called Tulipmania.

It seems that in the mid-1500s, travelers in Turkey had been struck by the flower’s beauty and had brought it to Vienna. It later reached England, where the new flower became popular in court circles. By the early 1620s, excitement over tulips had reached Holland, and the rarest specimens were selling for thousands of florins. Originally, sales occurred over the winter, but by 1634 every level of society had succumbed to this excitement, from laborers to the nobility, and soon deals were being conducted all year round for delivery the following spring. What we call “put” and “call” options were invented and widely traded.

As the frenzy mounted, prices climbed giddily. One “Viceroy” bulb sold for four oxen, eight pigs, twelve sheep, four loads of rye and two of wheat, two hogsheads of wine and four barrels of beer, two barrels of butter and half a ton of cheese, together with a quantity of house furnishings. The Dutch became convinced that not only other Dutch speculators but also foreigners would pay ever-rising prices. Indeed, at one point a single rare bulb was given in France as full payment for a successful brewery.

But trees do not grow to the sky and, inevitably, the reckoning came. When the price levels finally cracked, the entire economic life of Holland crumbled; lawsuits were so numerous that the courts couldn’t handle them. The price of tulips returned to their original modest levels. And if you had been an investor with a rare tulip at that point, it wouldn’t matter what you paid for it, what it was listed for in the price guides, how scarce or beautiful it was, or what superb condition it was in. All that would matter is what a buyer would be willing to pay you for it. That would determine its true value.

There’s an obvious application of this principle to today’s financial markets, where prices of both stocks and bonds have been bid up significantly throughout the bull market of the past decade. It’s important to remember that a share of stock has a tangible relationship to the real profits of a real business. When that relationship gets lost amid the belief that there will always be another (greater fool?) buyer offering a higher price, valuations get stretched. Historically, when prices have reached the rich valuations we see today, they have tended to be short-lived and headed for eventual decline. Bear markets are the mechanism by which stock valuations get “reset” back to more reasonable, economically-anchored levels.

But this editorial isn’t primarily about that. Instead, consider this. How much are you worth? Do you value yourself based on the current “going prices” in society’s marketplace? Or, do you value yourself by the eternal price Someone was willing to pay for you? “Your attitude should be the same as that of Christ Jesus who, being in very nature God, did not consider equality with God something to be grasped, but made himself nothing, taking the very nature of a servant, being made in human likeness. And being found in appearance as a man, he humbled himself and became obedient to death — even death on a cross.” – Philippians 2:5-8.