Credit Card Perks Can Be Attractive, But Users Beware 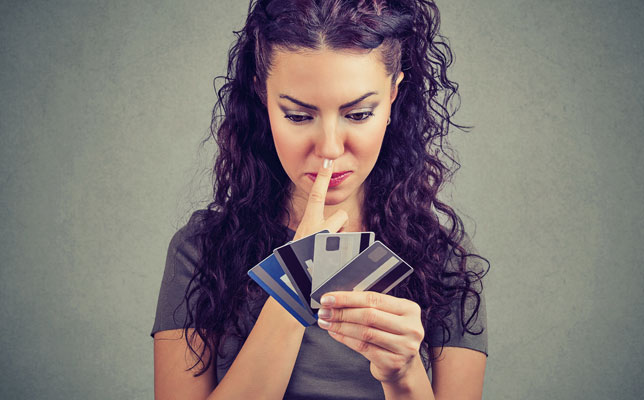 In 1949, Frank McNamara had an idea — a big idea. He knew certain department stores and oil companies allowed their customers to charge purchases using a “charga-plate” or “courtesy card.” What if there were a charge card for restaurants? And not just for a single restaurant or chain but a card that would be accepted at eating establishments just about anywhere?

McNamara’s idea became Diners Club. Within a year, the Diners Club card was accepted at more than 300 U.S. restaurants and the club had 42,000 members, each of whom paid $3 a year for the card plus a 7% fee for each charge. The success of Diners Club led to a burgeoning credit card industry, populated by cards with names such as American Express, BankAmericard (now VISA), and MasterCharge (now MasterCard) — and these cards were accepted not only at restaurants but virtually everywhere.

The Discover card was a latecomer, making its appearance in 1986. However, Discover quickly disrupted the credit card marketplace by offering higher credit limits, no annual fee, and (introduced somewhat later) a “cash back” bonus program. Since then, “rewards” programs have proliferated across the industry, leading to today’s wide range of enticing card offers, from cash-back programs to rewards points, and from extended-warranty coverage to travel miles.

Today, 74 percent of U.S. adults have at least one credit card, according to Equifax. Just over half pay their cards in full each month (known in industry lingo as “convenience users”). The rest carry a balance from month to month (“revolvers”), with an average outstanding balance of around $6,600.

Reward-laden credit card offers can be tempting. After all, who wouldn’t want to travel around the world at low or no cost by using rewards points?

But card issuers don’t offer rewards programs and introductory benefits just to be nice. They want to gain customers and make profits. There is nothing wrong with that, but for card usage to benefit you, and not just the card issuer, you must be a savvy user.

At a minimum, follow these basic “rules” for using credit cards wisely:

If you follow these practices, credit cards can work in your favor. However, understand that banks and other card issuers structure their reward programs to try to keep you charging.

A merchant has to pay a fee to the issuer each time you charge, and multiple studies have found the typical cardholder spends 15%-30% more when paying with plastic than when using cash. Research by the Federal Reserve Bank of Chicago documented that new users of cash-back cards not only charge more but the amount of their monthly credit- card payments tends to decline. The study concluded: “[Cash-back programs are] a cost-effective tool to increase bank revenue”(emphasis added).

If you’re shopping for a card, the Internet is your friend. Websites such as nerdwallet.com and wallethub.com offer credit-card comparisons that take into account the terms and perks you’re seeking — rewards points, bonus miles, cash back, etc. — as well as your overall creditworthiness. (Note: These sites derive some of their income from card issuers.)

After narrowing the offers, read the fine print. Is there an annual fee added after an initial period? Will an introductory rate be forfeited if you make a late payment? Do the air miles have blackout dates? What is the per-year cash-back limit?

If you have existing consumer debt and you’re thinking about transferring it to a “0% balance transfer” card, here’s what you need to know. Such cards allow you to transfer debt (up to a certain amount that varies by offer) to a new account that will charge no interest for a defined period of time, typically 12-18 months. In most cases, such transfers require you to pay a one-time fee — usually 3%-5% of the transferred amount. (This online calculator can guage how much interest you can save by transferring to a 0% card.)

Beware: With some balance-transfer cards, if you make any new purchases with the card and don’t pay for those new purchases in full by the monthly due date, the issuer will start charging interest on the entire balance, including on the transferred debt!

Another popular introductory offer is “no interest on new purchases.” Typically, the no-interest terms remain in effect for 12-14 months from the time the customer activates the card. However, with some cards, the no-interest provision applies only to purchases made within a brief, defined period (such as 60 days) after opening the account.

Be on your guard

By separating the time of payment from the time of purchase, credit cards prompt users to spend more than they would if paying upfront with cash. Therefore, any “rewards” must be measured against the “spending creep” associated with credit-card use. So tread carefully. Coming out ahead requires a plan and considerable discipline.