Building Your Financial House on the Bedrock of Biblical Principles 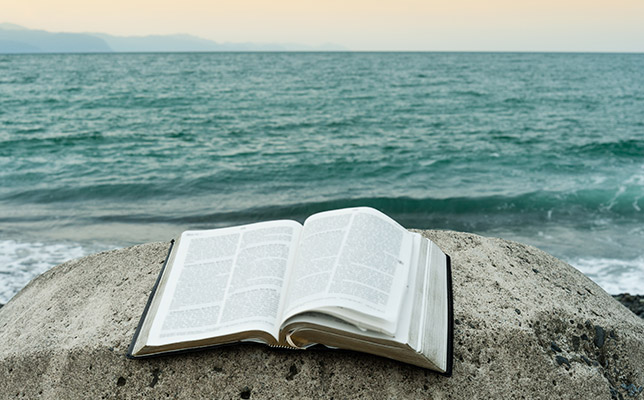 2020’s breathtaking market decline, fueled by coronavirus concerns, is long-since in the rearview mirror. From its bear-market low on March 23, the S&P 500 had gained more than 65% as of mid-December. Surely no one expected that during the dark days of February and March. Yes, the real economy still has a long way to go to recover from the devastation caused by events of the year gone by, but things are looking up — especially now that COVID-19 vaccines are available.

Unfortunately, once a storm is past, most people quickly forget how important it is to prepare for the next one. But not Warren and Pam Adams.

In 2005, Warren and Pam lost their beach house on the Gulf Coast in Gilchrist, Texas, due to Hurricane Rita. They decided to rebuild — but they resolved to make their new house able to withstand the strongest type of hurricane — a Category 5. Mindful of the painful lessons learned during Rita, they started with a more storm-resistant foundation. The columns that supported the new structure were built stronger and higher. The new house’s bottom floor was 22 feet above sea level.

Three years later, Hurricane Ike roared through the little beach community. By the time Ike was gone, so were the fire station, the post office, and most of the 200 or so homes in Gilchrist. But Warren and Pam’s house was still standing (see photo). How could that one house survive when none of the others on the Gulf Coast side of town did? It was engineered to withstand hurricane-force winds and storm surges.

I trust the lesson isn’t lost on us as we consider the financial future. We don’t know what type of storms will come, or when, but come they will. They always do. Sometimes the storms are broad, affecting the whole country or even much of the world. Sometimes the storms are localized, such as an unexpected job loss or health issue. If we’re wise, we will have built our financial house on a strong foundation so as to still be standing when the worst is over.

We’re all familiar with Jesus’ teaching on how to build a life:

Therefore everyone who hears these words of mine and puts them into practice is like a wise man who built his house on the rock. The rain came down, the streams rose, and the winds blew and beat against that house; yet it did not fall, because it had its foundation on the rock.

But everyone who hears these words of mine and does not put them into practice is like a foolish man who built his house on sand. The rain came down, the streams rose, and the winds blew and beat against that house, and it fell with a great crash. (Matthew 7:24-27)

Jesus is speaking in general terms about the importance of following his teachings, and this includes our stewardship. How many financial houses have fallen “with a great crash” because they were built on sand? For many years, I have said that the #1 mistake many Christians make is ignoring biblical principles when managing their money and following secular advice instead. This need not, and should not, happen.

So, with a new year at hand, I encourage you to:

For those who may be wondering, I’m not saying that I expect another “financial hurricane” in the coming year. But who knows?

I’m only saying that if a storm comes, I want your financial house to be “built on the rock” so that it will not fall.

11/12/20 | Comments
A Conversation About SMI’s Small-Group Study, “Multiply: A Biblical Guide to Investing”
By Joseph Slife