Home > Articles >Are You Making Any of These Common Investing Mistakes?

Are You Making Any of These Common Investing Mistakes? 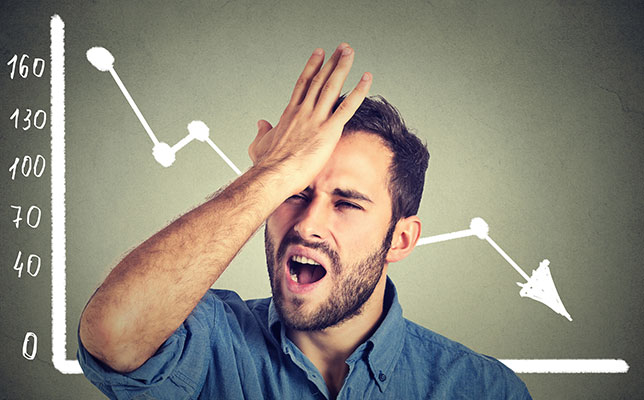 Mistakes. All investors have made a few. And many later say the lessons they learned “the hard way” have been among the most beneficial parts of their investor education.
Perhaps just as helpful — and certainly far less painful — are lessons learned from other people’s mistakes. So for this article, we’ve asked SMI readers to share some of their hard-earned investing lessons.

It’s an uncomfortable fact of life: We tend to learn more from our mistakes than our successes. Owning up to the ways we mess up may be emotionally difficult, but it’s an excellent path toward improvement. That’s undoubtedly true in investing. Recently we asked SMI members to tell us about their most significant investing mistakes. We’re grateful for all who told us their stories. Here are a few of the lessons they learned.

Waiting too long to begin investing

This mistake — not beginning to invest at an earlier age — was one of the most frequently mentioned investment-related regrets. Good intentions often are overcome by dozens of questions that arise when people try to get going. Where do I open my account? What do I invest in? How do I do this exactly? Busy schedules push the answers to the back burner.

If this describes you, it’s time to stop allowing implementation paralysis to thwart your good intentions. Starting an investing program isn’t difficult. By making a few fundamental decisions and taking a few easy steps, you can begin a successful investing program — even if your available cash and knowledge are limited. (For a primer, see the February 2020 cover article, The Core Building Blocks of Successful Investing.)

Not getting an education on investing basics earlier

Many people make the first mistake of not beginning to invest earlier in life because they find investing confusing and intimidating. Unfortunately, investment “experts” create the impression that investing is difficult, and that it might be best if it were not entrusted to amateurs (like you).

SMI is written with your needs in mind, to equip you to have the confidence to take charge of your financial life. If you’re relatively new to investing and want help in getting your investing education started, order The Sound Mind Investing Handbook. Just as you can flip a switch and enjoy the benefits of electricity without understanding the technical aspects of how it all works, so it is with investing. In the Handbook, we cover just enough information to enable you to establish a practical (and relatively easy-to-manage) long-term investment strategy.

No matter how good your particular investing choices may be, if they’re made outside the framework of a larger plan that sets boundaries and helps you manage risk, you’re inviting trouble. We continually emphasize the importance of this. (This SMI article suggests the “best practices” to follow at each phase of life as you construct a financial plan of your own.)

Not following a selling discipline

Which do you think is more difficult: knowing when to buy an investment or knowing when to sell it? In theory, they’re equally difficult. But as a practical matter, you’re likely to have more difficulty with the selling side of the equation. When buying, you typically have a stimulus to help you along — an adviser/broker, financial magazine, or (blush) an investing newsletter with a strong track record. When you combine that stimulus with the natural optimism of most investors (we doubt if you invest expecting the outcome to be a disaster), it’s not too difficult to take the leap to make a purchase, especially when investing smaller amounts.

But on the sell side, the same forces that got you into the investment now conspire to keep you in. Most advisers/brokers are not predisposed to issue sell advice, and as the readers quoted above testify, their own intuition or optimism inclined them to hold on. We’ve often written that one of the keys to success in investing is having a specific, objective selling discipline. That means you know exactly what must happen to trigger a decision to sell. (Of course, then you must have the self-control to act when that trigger occurs.) The selling discipline built into our Fund Upgrading, Dynamic Asset Allocation, and Sector Rotation strategies is one of the chief reasons for their long-term success.

Overinvesting in a single stock

We believe that, ultimately, it’s impossible to self-destruct financially if you follow God’s time-tested principles for stewardship. One of those principles is that to protect against the uncertainties of the future, your investments should be diversified: “[D]ivide your investments among many places, for you do not know what risks might lie ahead.” (Ecclesiastes 11:2 NLT). Since you don’t (and can’t) know the future, you can never know with certainty which investments will turn out most profitably. That’s the rationale for diversifying — spreading out your portfolio into various areas so you won’t be overinvested in any hard-hit areas.

At SMI we do this in two ways: diversifying across several risk categories and using mutual funds. We prefer mutual funds, including exchange-traded funds (ETFs), because they allow investors to easily assemble a diversified portfolio of stocks and bonds at a reasonable cost. SMI has used such funds — with great success — as the basis of our strategies for 30 years now. (For a primer on the advantages of mutual funds, see chapter 5 of The SMI Handbook. For more on ETFs, see What’s Not to Like? As Commissions Drop to Zero, Already Low-Cost ETFs Become Even More Attractive.)

Overinvesting in an employer’s stock

This is a common mistake, and one we’ve written about time and again (for example, see Is Holding Company Stock in Your 401(k) Risky or Advantageous?). Pitfalls arise from being dependent on a single company for one’s income, insurance, and retirement investments. If something happens to the company, not only could workers lose their jobs and health benefits, they could also watch the value of their retirement assets plummet as the price of their company’s stock falls.

How much company stock is too much? There is no hard-and-fast rule because individual situations can vary widely. However, a general guideline is to limit your investment in any single stock (your company or otherwise) to 5%-10% of your total investable assets. Given that you already have so many of your financial eggs in your employer’s basket, the lower end of that range is probably appropriate when dealing with your company’s stock.

Delegating stewardship authority to someone else

When we present ourselves to God as “living sacrifices,” our material possessions are included. When we make “The Great Exchange” (2 Corinthians 5:21), part of the transaction involves giving up ownership claims and recognizing management responsibilities. As stewards, we are accountable for our management choices.

You have been given a stewardship responsibility that you can’t delegate away. Yes, you can delegate authority to someone else to make certain investment decisions, but you cannot delegate your responsibility for the results that come from those decisions. Once you “own” this fact, you will take your management obligations even more seriously.

One of the qualities of an appropriate investment is that the risks are well understood. The above-quoted inexperienced real estate investors thought they knew what they were getting into, but sadly they were mistaken. The right portfolio move is one that is prudent under the circumstances. You should consider worst-case scenarios, such as how much of your investing capital you can afford to lose and still have a realistic chance of meeting your financial goals.

The investments that offer higher potential returns also carry correspondingly greater risks of loss — which brings us to the next common mistake.

Your investing plan must be realistic about the level of return you can reasonably expect. The reason any investment offers a potentially higher rate of return is that it has to in order to reward investors for accepting a higher level of risk. Our goal is to get you to your destination safely while incurring the least risk possible. It’s not likely that your situation requires exotic or complicated strategies.

Trying to time the market

Despite endless research showing the difficulty of market timing, many investors succumb to the temptation to try. We’ve written about this many times, and will continue to do our best to convince readers of the wisdom of staying the course with one’s long-term plan regardless of current events.

Here are a few other mistakes readers told us about that we can’t fully include for lack of space:

Long-time readers know we’ve written on all the topics mentioned in this article, with counsel that could have prevented the common mistakes shared by these readers. So, for your own financial health, keep reading, keep learning, and keep applying God’s protective “sound mind” principles.

Our thanks to everyone who shared their biggest investing mistakes. Their willingness to tell us about lessons learned the hard way is a great example of what we aspire to be: a true community of people committed to spurring each other on in love and good deeds (Hebrews 10:24) — and wise investing!